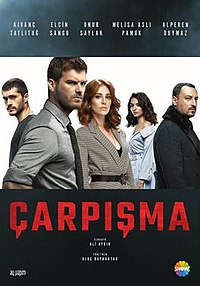 The lives of four people cross each other after an accident and from there the destination will never separate them: Kadir, a policeman who tries to commit suicide; Zeynep, a woman who wishes to recover her daughter; Cemre, the heiress of a powerful law firm; and Kerem, a young man who has just got out of jail and has gotten into a bigger problem.