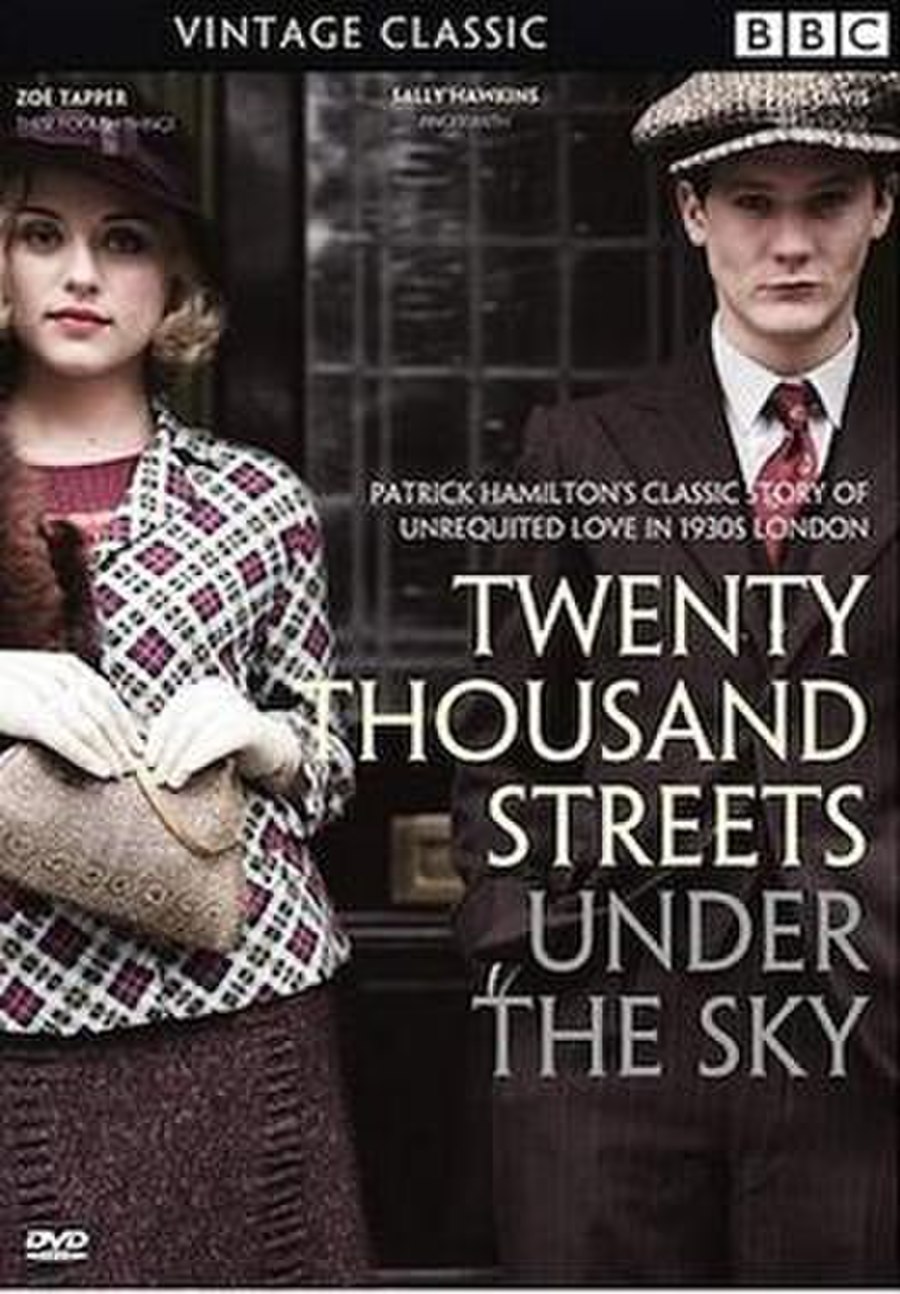 Twenty Thousand Streets Under the Sky is a 2005 BBC television serial depicting the lives of three working class Londoners in the inter-war period. The series is based on the trilogy '’20,000 Streets Under the Sky'’ by British author Patrick Hamilton. It stars Sally Hawkins, Zoë Tapper and Bryan Dick. The three-part drama was shown on BBC Four, accompanied by the documentary Words, Whisky and Women and was also released on DVD, HD DVD and Blu-ray. The series was released in the United States on 11 February 2006 on BBC America.