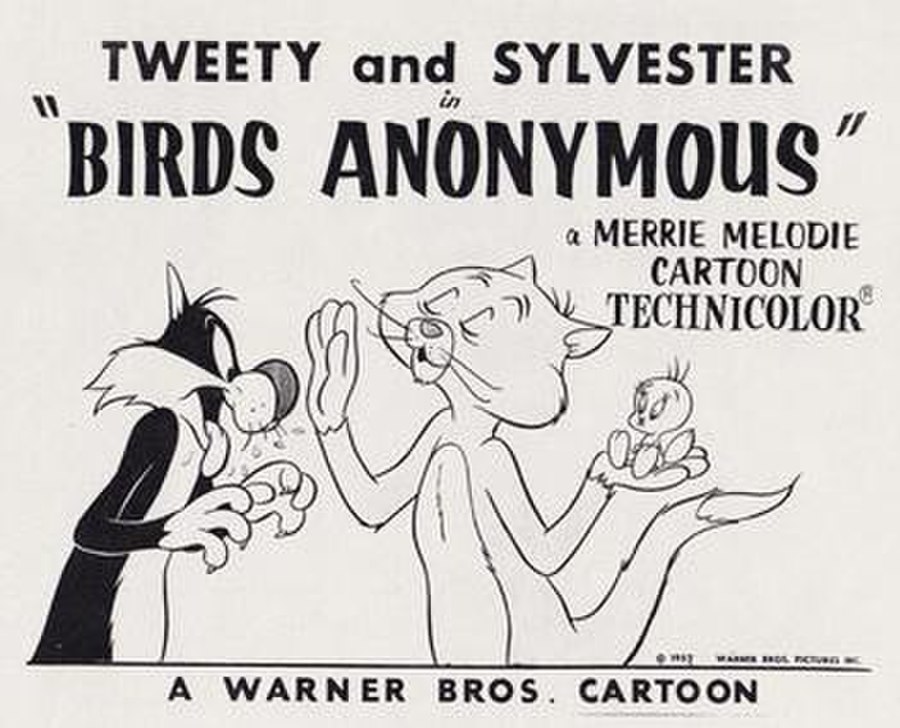 Birds Anonymous is a 1957 Warner Bros. Merrie Melodies animated short, directed by Friz Freleng and written by Warren Foster. The short was released on August 10, 1957, and stars Tweety and Sylvester.

Sylvester is once again attempting to catch and eat Tweety, this time very nearly succeeding, only to be stopped by an erudite, mild-mannered cat (retroactively named Clarence in modern Looney Tunes comics), who explains that Sylvester's constant cravings for birds can only lead to self-destruction, and knows that the only way to overcome this weakness is to kick the bird habit for good. Clarence invites Sylvester to a meeting of "Birds Anonymous" ("B.A."), a support group of cats, who have resolved to help one another overcome their bird addictions. Sylvester agrees to attend and hears other cats briefly tell of their own struggles and that B.A. was able to help them. Empowered by their stories, Sylvester adopts a new motto for himself: "Birds is strictly for the birds!"