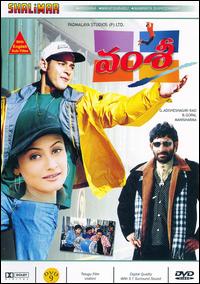 Vamsi (also known as Vamsee) is a 2000 India Telugu-language romantic action film produced by G. Adiseshagiri Rao under the Padmalaya Studios banner, directed by B. Gopal. It stars Mahesh Babu and Namrata Shirodkar in the lead roles, with Krishna playing a key role. Music was composed by Mani Sharma. The story was written by Satyanand. The film was later dubbed into Hindi as Vamsi: The Warrior in 2012 by Wide Angle Media Pvt. Ltd.

Vamsi (Mahesh Babu) is a talented and successful fashion designer who gets an opportunity to participate in a designer's contest held in Australia. Vamsi has a colleague called Sneha (Mayuri Kango), who is selected to model his creations in the fashion contest. Since Vamsi has to study the culture of Australia to design the best outfit, he is asked to tour Australia extensively for a month. Shilpa (Namrata Shirodkar) is the daughter of an industrialist Ankineedu Prasad (Nassar), who is studying in Australia. She decides to take a vacation after exams by touring the Australian country. Shilpa meets Vamsi in the tour and she slowly falls in love with him.