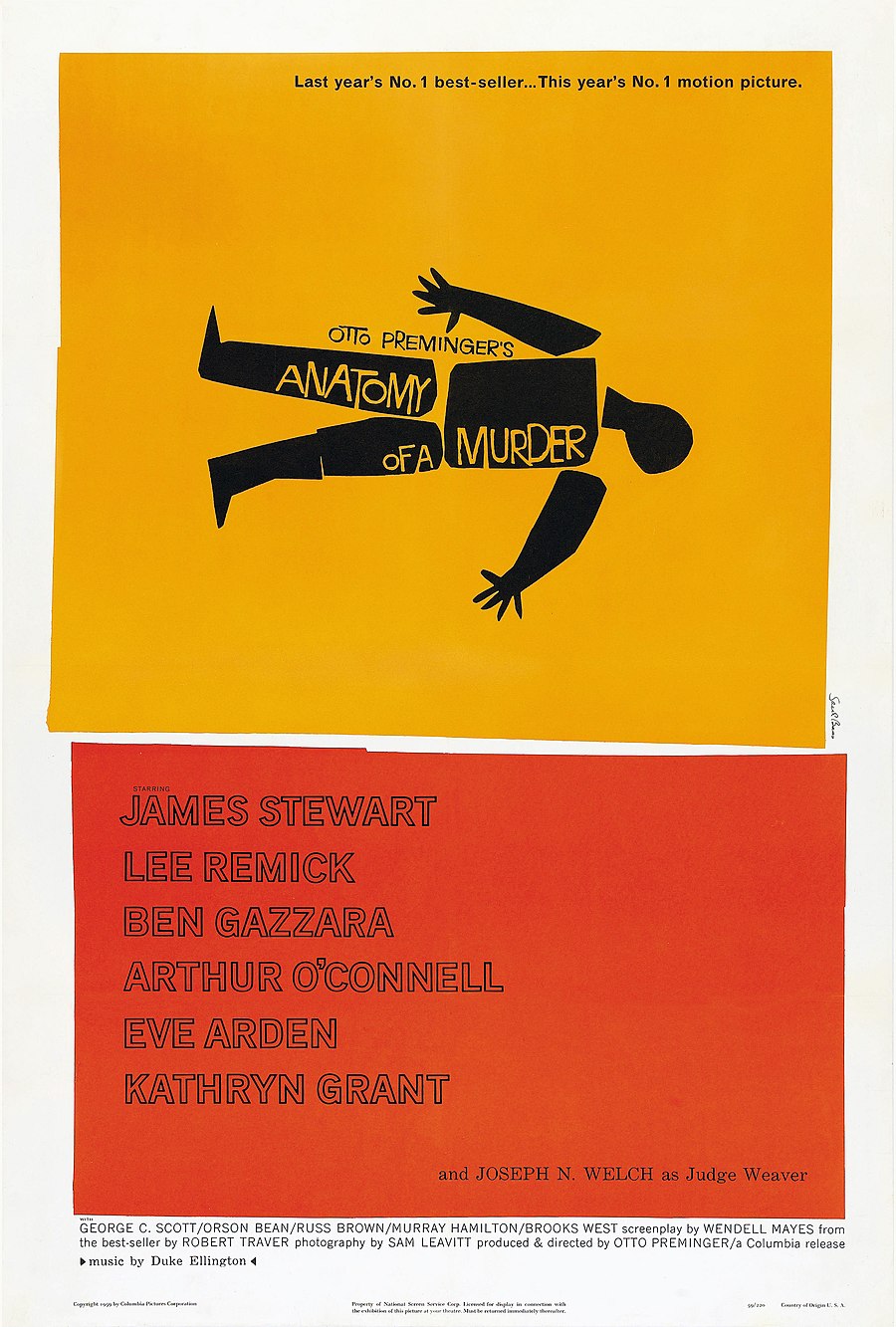 Anatomy of a Murder is a 1959 American courtroom drama crime film produced and directed by Otto Preminger. The screenplay by Wendell Mayes was based on the 1958 novel of the same name written by Michigan Supreme Court Justice John D. Voelker under the pen name Robert Traver. Voelker based the novel on a 1952 murder case in which he was the defense attorney.

In the Upper Peninsula of Michigan, small-town lawyer Paul Biegler (Stewart), a former district attorney who lost his re-election bid, spends most of his time fishing, playing the piano, and hanging out with his alcoholic friend and colleague Parnell McCarthy (O'Connell) and sardonic secretary Maida Rutledge (Arden).