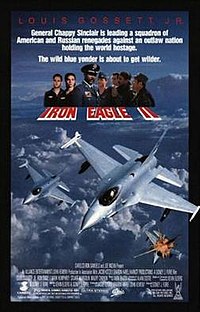 While on a routine patrol on United States airspace west of Alaska, pilots Doug "Thumper" Masters and Matt "Cobra" Cooper test the g-forces of their F-16C fighter aircraft. Their antics get them carried away, as they stray over Soviet airspace. As they are being escorted back into U.S. airspace, one of the Soviet planes has Doug on missile-lock. This leads to a brief dogfight. In the ensuing battle, Matt loses control of his plane and is too late to save Doug, who is shot down by the Soviets. The next day, the U.S. Secretary of Defense publicly denies the incident, claiming a training accident caused by a fuel system malfunction killed Doug.