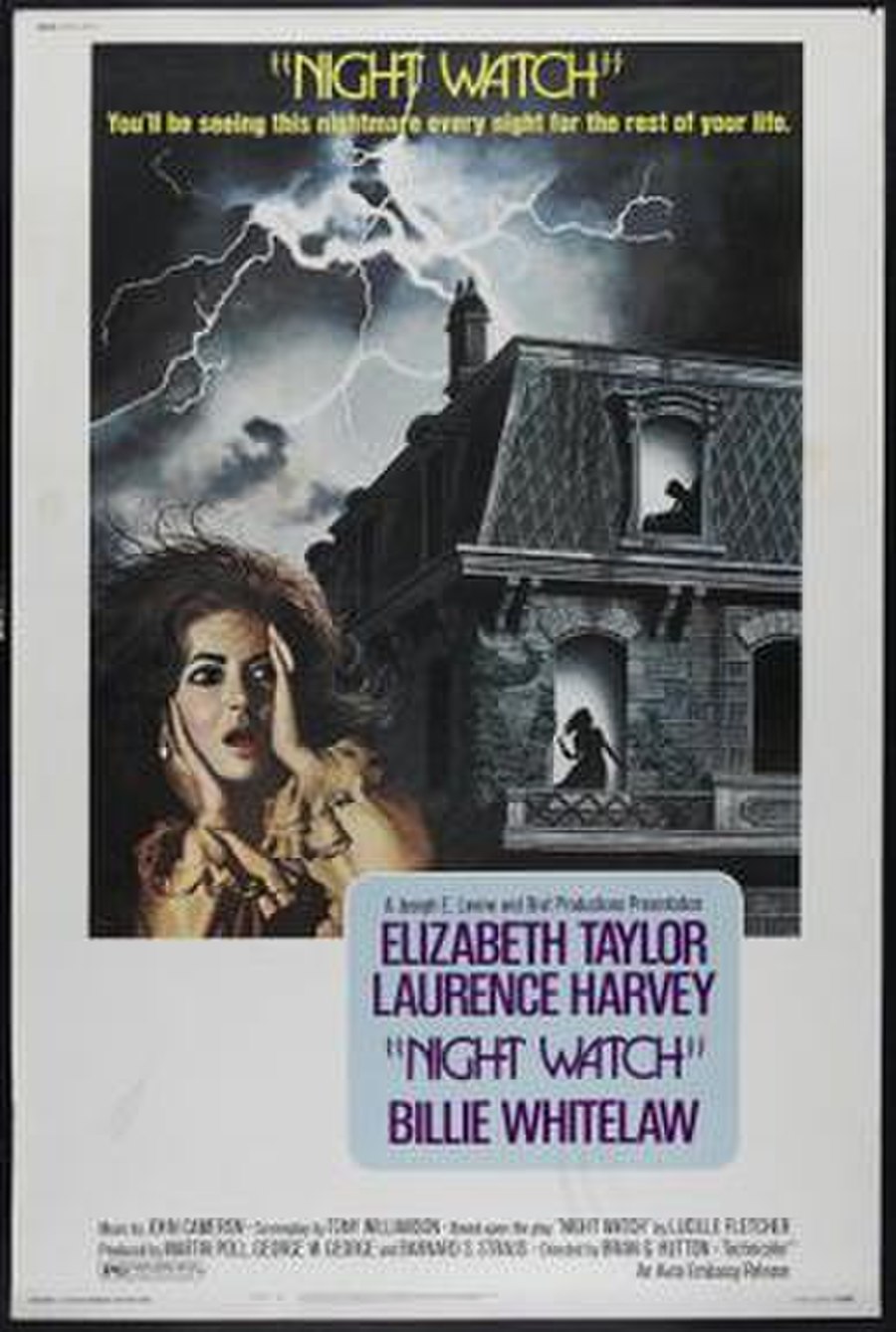 Night Watch is a 1973 mystery thriller film directed by Brian G. Hutton from a screenplay by Tony Williamson, based on the 1972 play of the same name by Lucille Fletcher The film reunited Elizabeth Taylor with co-star Laurence Harvey from their 1960 collaboration BUtterfield 8. It was the last time the pair acted together on screen. Some of the story elements recall the plot outline of the 1944 film Gaslight.

One night, during a raging thunderstorm, Ellen Wheeler frantically tells her husband, John, that from the living room window she has seen a murder being committed in the large, old, deserted house next door. John calls the police, but a search of the old house turns up nothing.