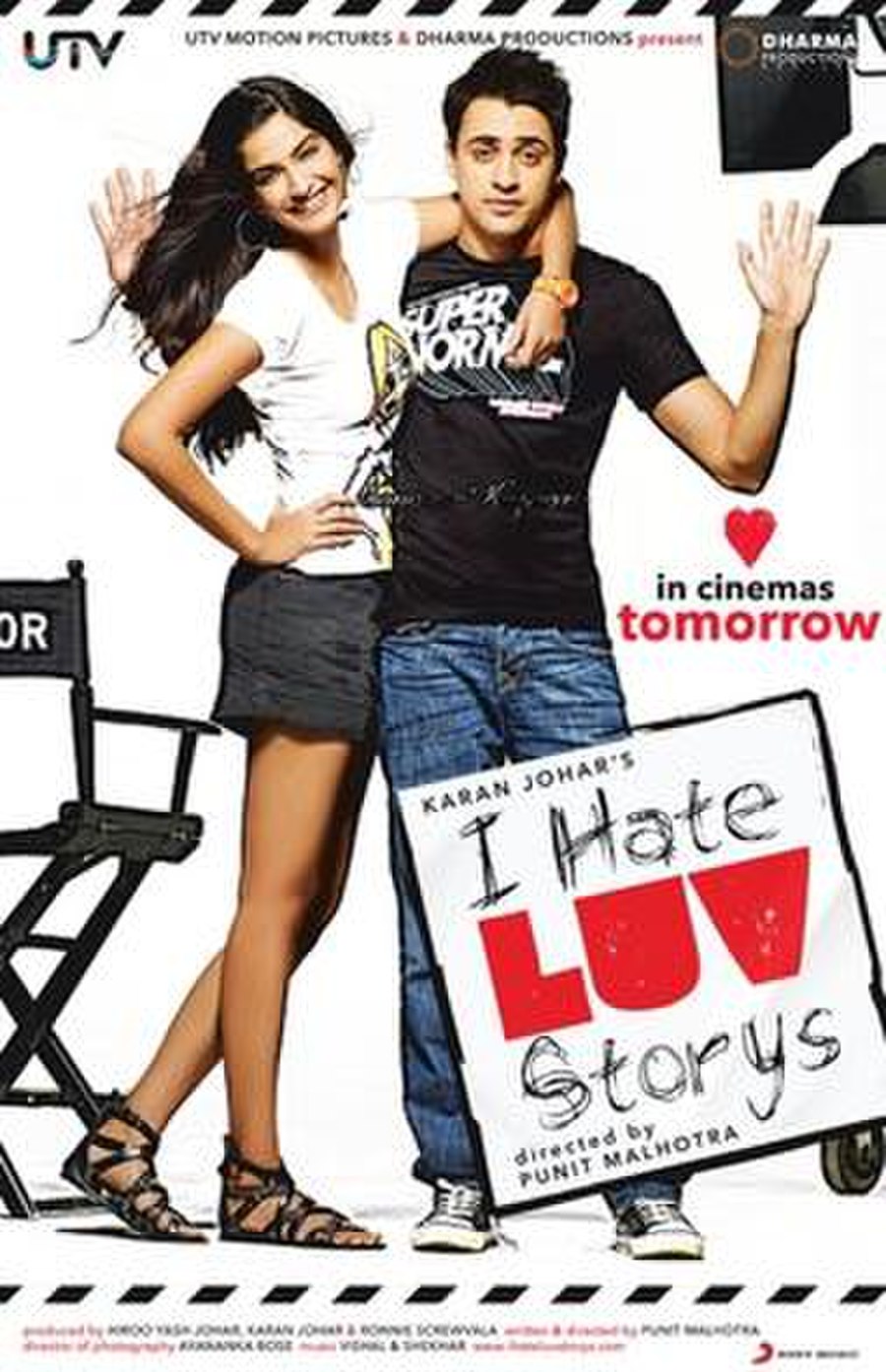 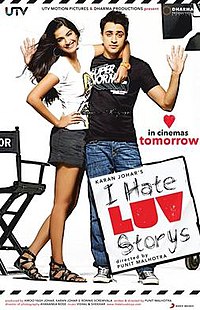 I Hate Luv Storys is a 2010 Indian romantic comedy film starring Sonam Kapoor and Imran Khan in the lead roles. It is written and directed by Punit Malhotra and produced under Karan Johar's Dharma Productions and Ronnie Screwvala's UTV Motion Pictures. The film was released on 2 July 2010 and went on to become a box office hit. I Hate Luv Storys was partly filmed in Queenstown, New Zealand.

Simran (Sonam Kapoor) loves Bollywood romances so much so that her life has begun to resemble one. With her awesome job and a "Mr. Perfect" fiancé, Raj (Sameer Dattani), she lives a dreamy life. But then comes Jay (Imran Khan), who brings a fresh joy into her life. Jay is an assistant to a director who is famous for his love story films; however, Jay hates love stories. He is a disbeliever of love. He first hates Simran for her obsession with romance, and Simran also has a bad impression of him, but soon after, the two become friends.