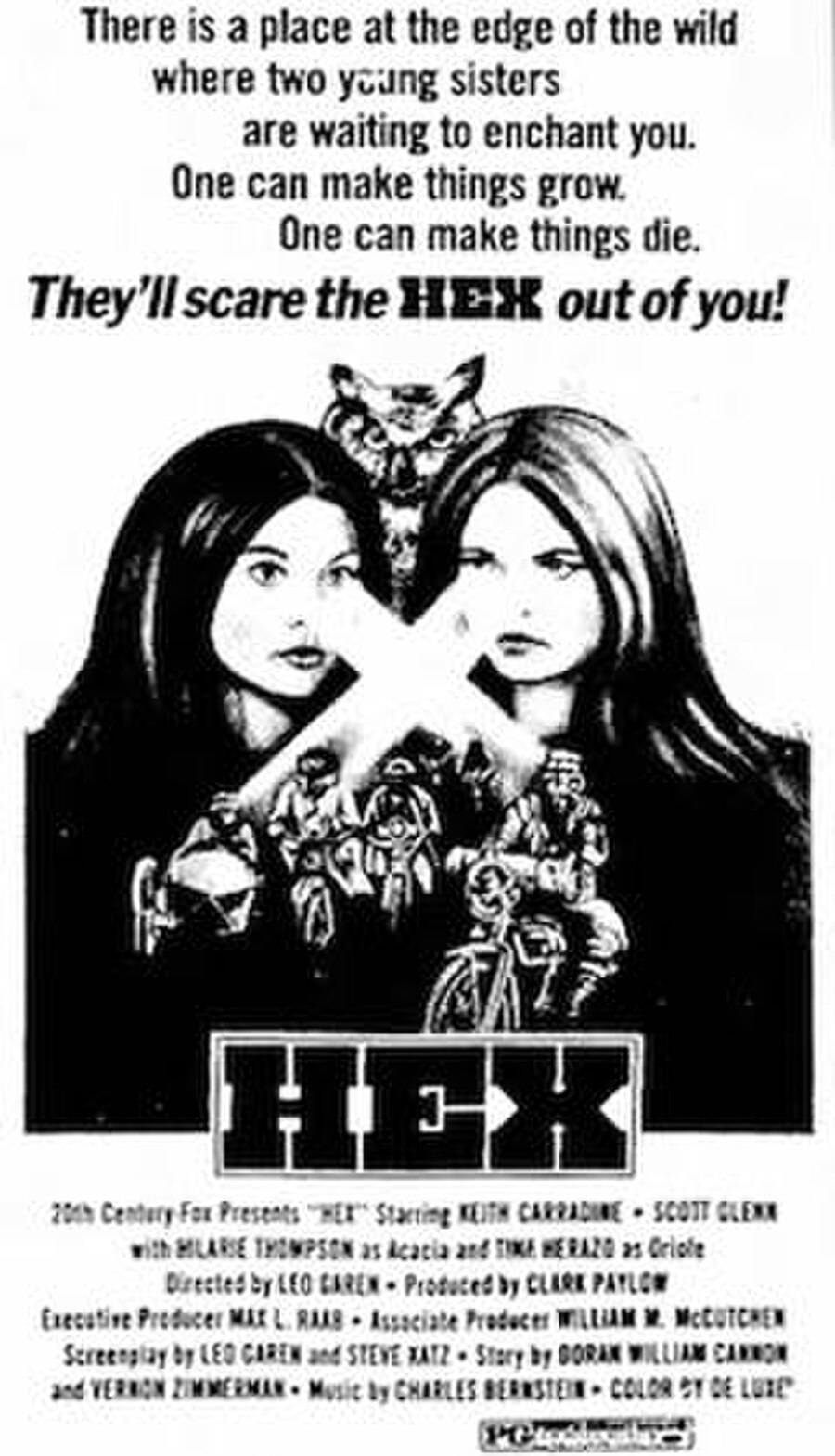 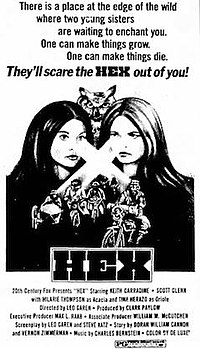 Hex is a 1973 American Western horror film directed by Leo Garen and starring Keith Carradine, Cristina Raines, Hillarie Thompson, Dan Haggerty, Gary Busey, and Scott Glenn. Set in 1919, its plot follows a wayward band of motorcyclists who seek shelter at a rural Nebraska farm inhabited by two Native American sisters. When one of the motorcyclists tries to rape the younger sister, the elder places a curse on them, resulting in their subsequent deaths.

In 1919, immediately after the First World War, a loosely knit band of motorcyclists back from fighting in Europe is making their way across the United States to seek their fortunes in California. Among them are five men: Whizzer, Golly, Jimbang, Chupo, and Giblets; and one woman, China. In rural Nebraska, the men come upon a small town called Bingo, where they are challenged to a race by a local hot rodder. The outcome of the race is disputed, and the bikers flee into the surrounding countryside.