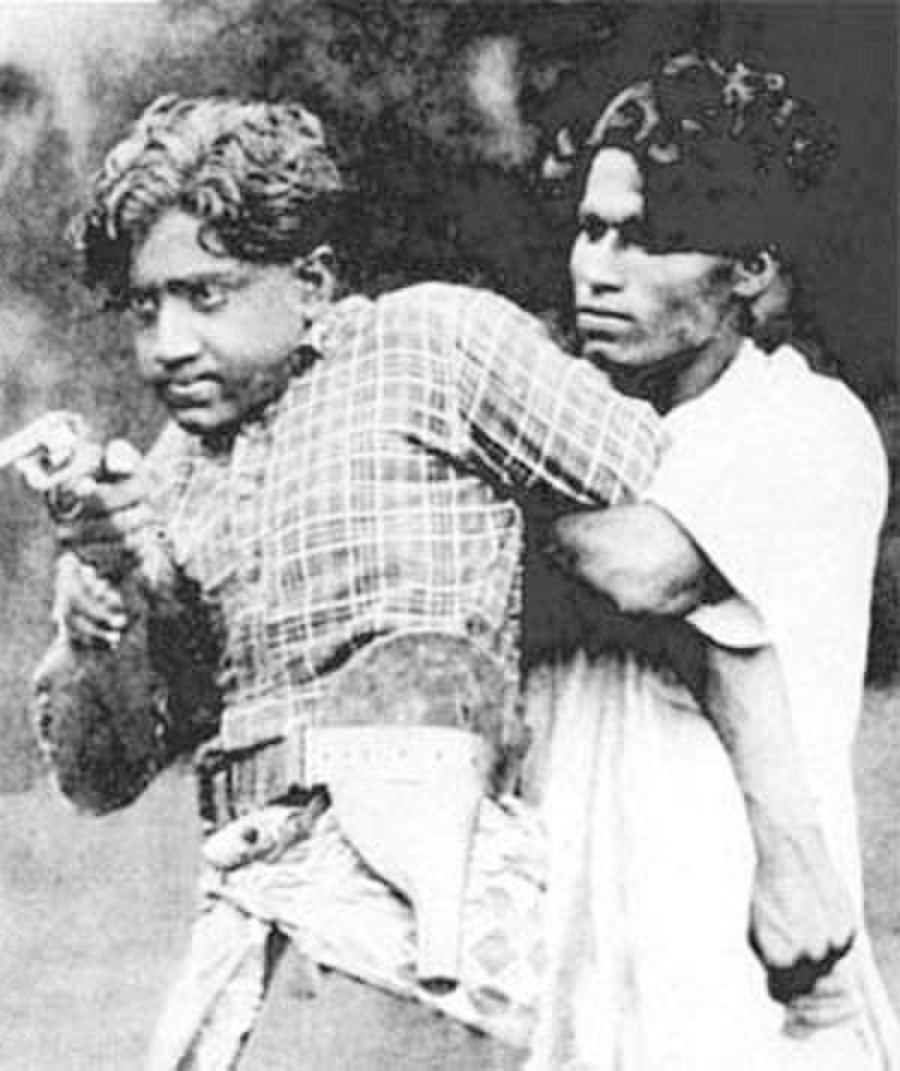 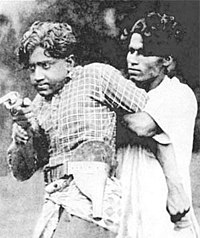 Vigathakumaran is a 1930 Indian silent film written, produced and directed by J. C. Daniel Nadar. He also played the role of hero in the movie. A social drama, Vigathakumaran was the first Malayalam feature film and J. C. Daniel is considered as the father of Malayalam film industry for this work. This movie is also credited as the first Indian social drama feature film. No known copy of the film exists, making it a lost film.

Chandrakumar, son of a rich man in Travancore is kidnapped by the villain Bhoothanathan to Ceylon. The efforts of his parents to find him do not succeed and Chandrakumar is brought up as a labourer in an estate. The estate owner, who is British, takes a liking to him and in time, Chandrakumar rises to the post of Superintendent. At this time Jayachandran, a distant relative of Chandrakumar happens to come to Ceylon. Incidentally, he is robbed of all his belongings by Bhoothanathan. Stranded, he gets acquainted with Chandrakumar and they become close friends. They come to Travancore where Chandrakumar's sister falls in love with Jayachandran. Meanwhile, Bhoothanathan attempts to kidnap her and the duo's timely intervention saves her. A scar on the back reveals Chandrakumar's identity which eventually leads to the happy reunion of the family.