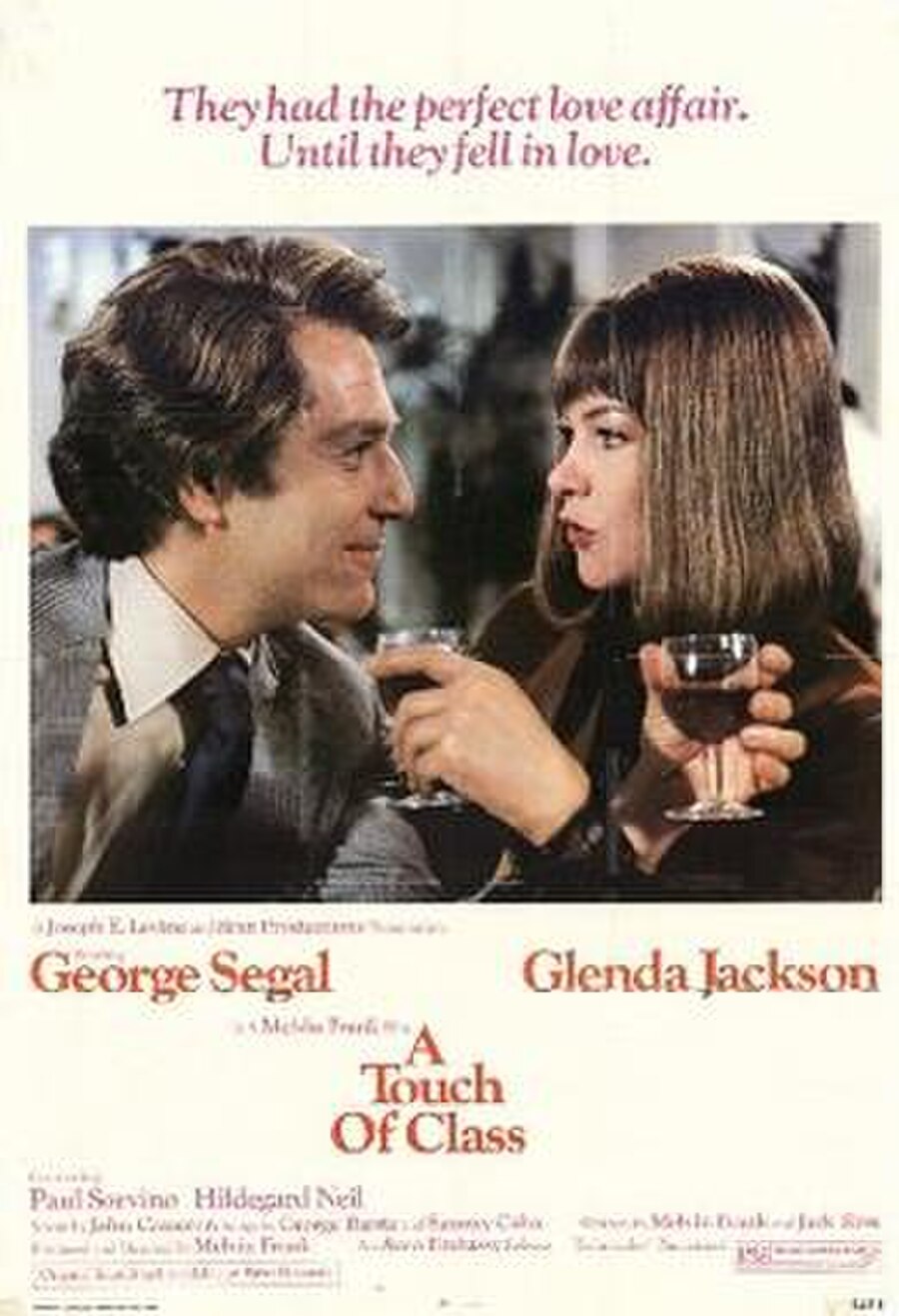 A Touch of Class is a 1973 British romantic comedy film directed by Melvin Frank which tells the story of a couple having an affair, who find themselves falling in love. It stars George Segal, Glenda Jackson, Hildegarde Neil, Paul Sorvino and K Callan.

Vickie Allessio (Glenda Jackson) is a divorced British mother of two. Steve Blackburn (George Segal) is an American married man who "has never cheated on his wife... in the same town." After sharing a London taxi, Steve invites Vickie to tea, then lunch, then takes Vickie to a hotel room, hoping to have sex. Vickie admits she would like to have uncomplicated sex, but isn't impressed by the setting, wanting somewhere sunny. Steve arranges a trip to Málaga.