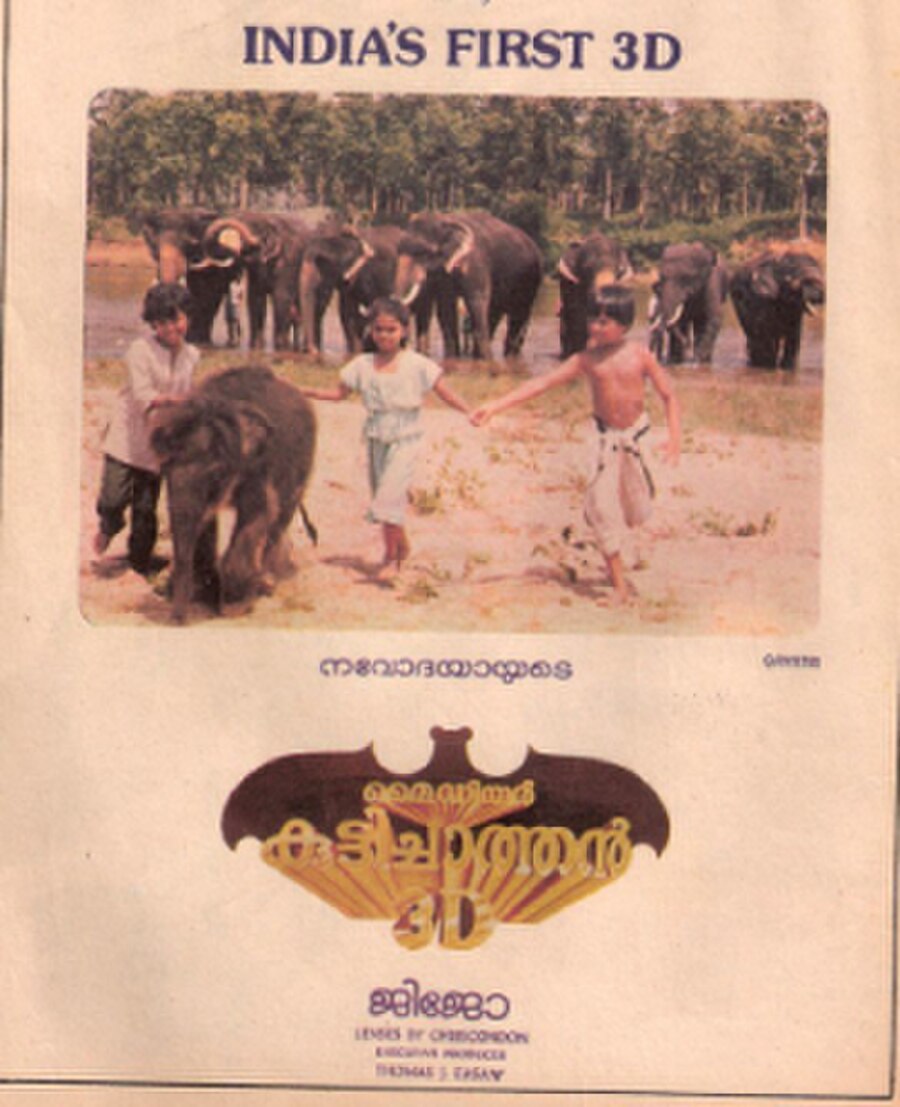 My Dear Kuttichathan is a 1984 Indian Malayalam-language fantasy film directed by Jijo Punnoose and produced by his father Navodaya Appachan under Navodaya Studio. It was the first Indian film to be filmed in 3D format. With screenplay by Raghunath Paleri, the story revolves around a mystical indigenous Indian goblin called "Kuttichathan" who is under the spell of an evil sorcerer, however it gets released by three children and then befriends them. The film's soundtrack was composed by Ilaiyaraaja, while cinematography and editing was done by Ashok Kumar and T. R. Shekhar, respectively.

The character "Kuttichathan" is formed on the basis of the specialties of a deity popularly known as "Chathan" who is being worshiped mainly in the south Indian state, Kerala. There are cruel magicians everywhere in the world. One of them is Karimbhootham (black magician), who enslaved an invisible spirit with his magic spells, whom he calls "Kuttichathan" ("Little Ghost" in English and "Chhota Chetan" in Hindi). Two boys and a girl befriend Kuttichathan by accident and release him from the grip of the magician.