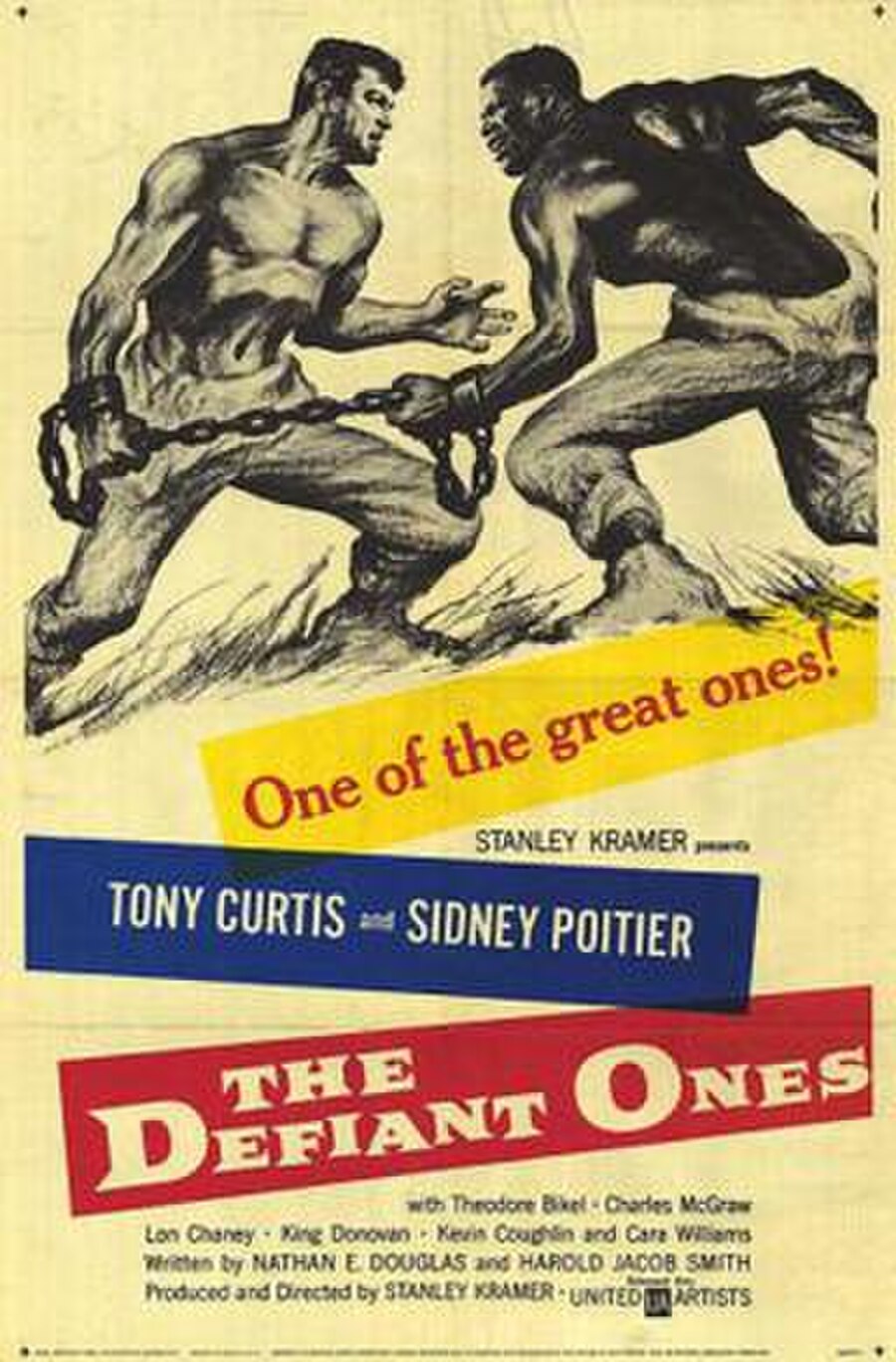 The Defiant Ones is a 1958 adventure drama film which tells the story of two escaped prisoners, one white and one black, who are shackled together and who must co-operate in order to survive. It stars Tony Curtis and Sidney Poitier.

One night in the American South, a truck loaded with prisoners in the back swerves to miss another truck and crashes through a barrier. The rescuers clear up the debris and discover two prisoners have escaped, a black man shackled to a white man because "the warden had a sense of humor." They are told not to look too hard as "they will probably kill each other in the first five miles." Nevertheless, a large posse and many bloodhounds are dispatched the next morning to find them. The two missing men are Noah Cullen (Sidney Poitier) and John "Joker" Jackson (Tony Curtis). Despite their mutual hatred, they are forced to cooperate, as they are chained together. At first their cooperation is motivated by self-preservation but gradually they begin to respect and like each other.