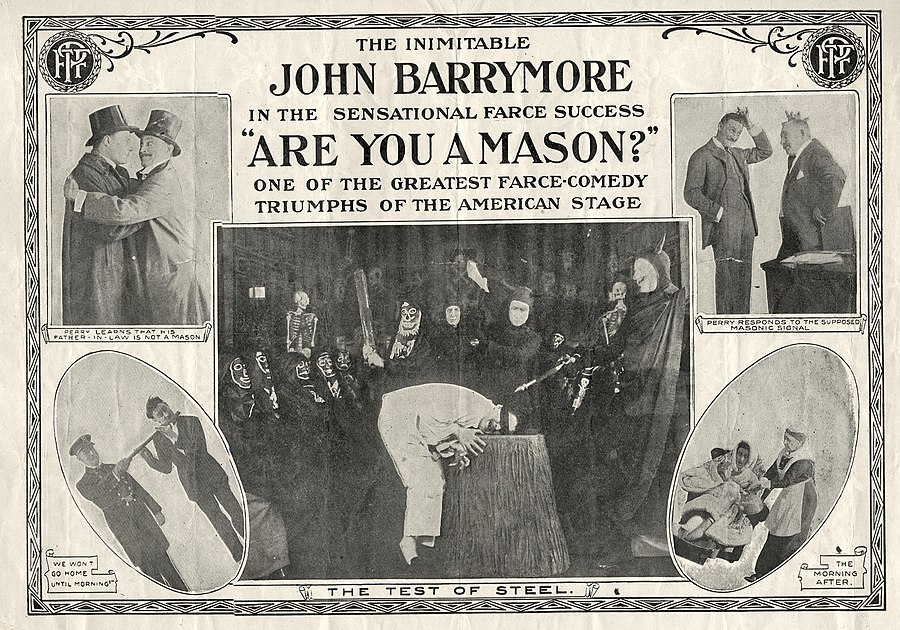 Are You a Mason? is a 1915 American silent comedy film produced by Adolph Zukor (Famous Players Film Company) and Charles Frohman, and distributed through Paramount Pictures. Directed by Thomas N. Heffron, it starred John Barrymore as a young husband who pretends to join the Masons as an excuse to get out of the house. It was based on a 1901 play by Leo Ditrichstein.

Frank Perry discovers that his wife desires him to become a Mason. Taking advantage of the opportunity, Perry goes out for several nights to carouse and have fun while telling his wife that he is undergoing initiation at the Masonic lodge. When his wife invites her father, a Grand Master of the Masons, for a visit, Frank goes to comedic lengths to avoid being found out. The farce is magnified by the circumstance that his father-in-law has also been lying about his Masonic association.