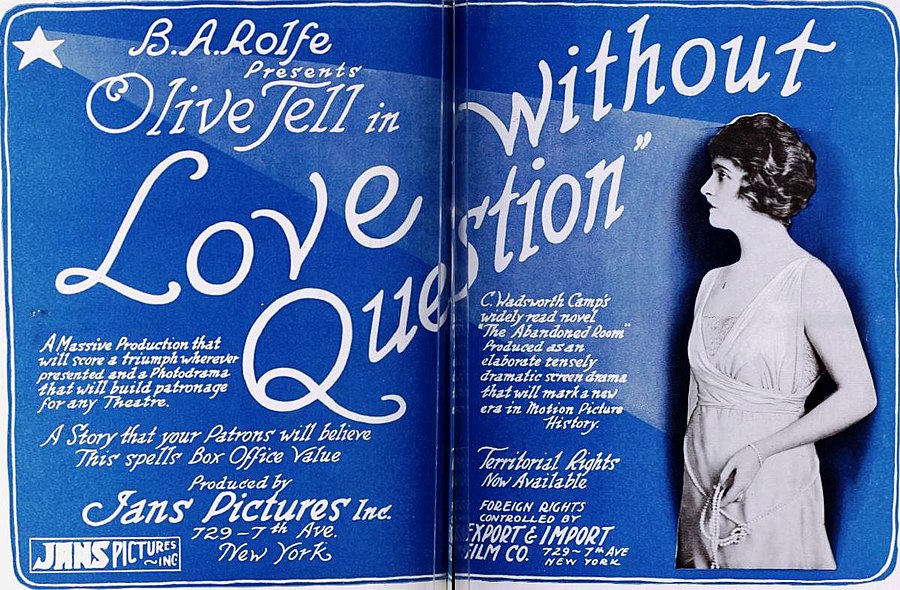 director
B. A. Rolfe

Love Without Question is a 1920 silent mystery drama produced and directed by B.A. Rolfe. The film is based on the 1917 novel The Abandoned Room by Charles Wadsworth Camp and was adapted by Violet Clark. The film starred Olive Tell and James W. Morrison, and featured Mario Majeroni, Ivo Dawson, and Floyd Buckley. The film is currently lost.

An old and wealth recluse named Silas Blackburn (Mario Majeroni) lives in his mansion and is cared for by his long-time butler as well as his ward, Katherine (Olive Tell). During a stormy night, Katherine finds Silas extremely agitated and nervous. The old man accuses Katharine of colluding with his wastrel grandson, Robert (James W. Morrison), to steal his money. Katharine denies his allegations and declares any romance between her and Robert long dead, but Silas threatens to remove her from his will.