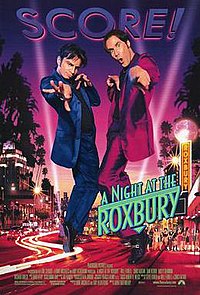 Steve and Doug Butabi are sons of a wealthy businessman and in their spare time, enjoy frequenting nightclubs, where they bob their heads in unison to Eurodance, a subgenre of electronic dance music, and fail miserably at picking up women. Their goal is to party at the Roxbury, a fabled Los Angeles nightclub where they are continually denied entry by a hulking bouncer.