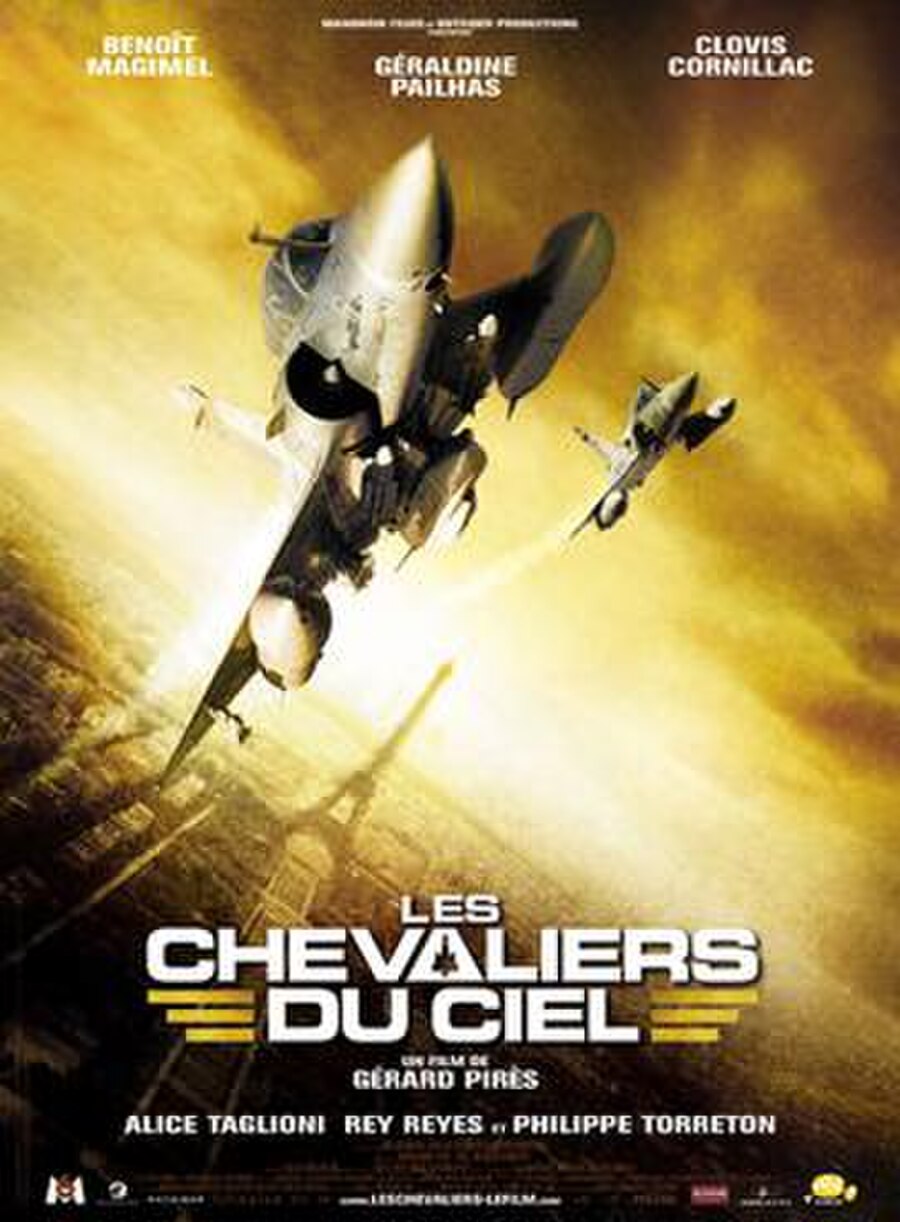 Les Chevaliers du ciel (Sky Fighters) is a 2005 French film directed by Gérard Pirès about two air force pilots preventing a terrorist attack on the Bastille Day celebrations in Paris. It is based on Tanguy et Laverdure, a comics series by Jean-Michel Charlier and Albert Uderzo (of Astérix fame) which was also made into a hugely successful TV series from 1967 to 1969, making the characters of Tanguy and Laverdure a part of popular Francophone culture.

The film starts out at the Farnborough Airshow where a demo Mirage 2000-10 is stolen. French Air Force pilots Captain Antoine "Walk'n" Marchelli (Benoît Magimel) and Captain Sébastien "Fahrenheit" Vallois (Clovis Cornillac) are instructed to escort it back. When the rogue pilot attempts to shoot at Vallois, Marchelli is forced to destroy the stolen Mirage.