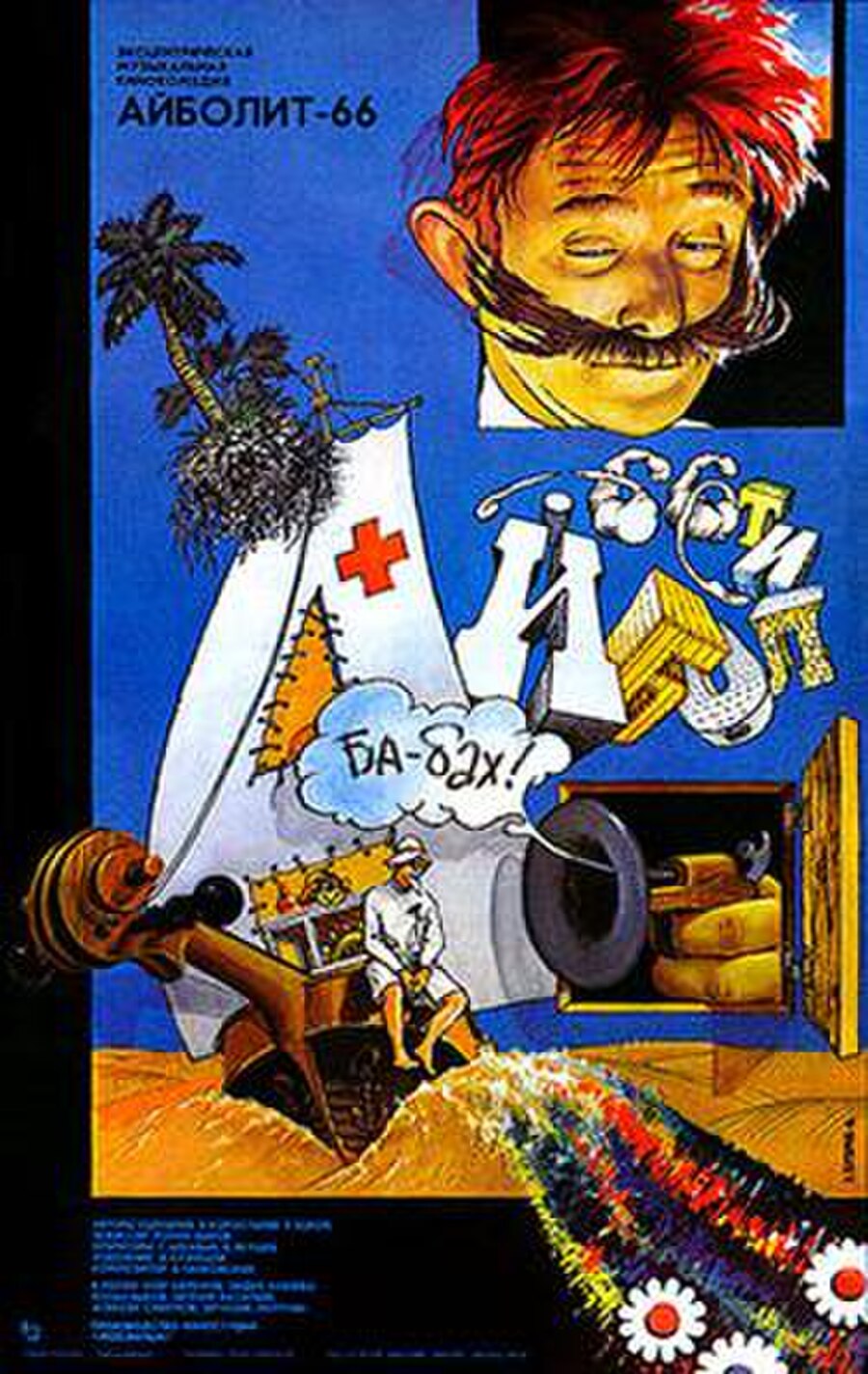 Aybolit-66 is a 1966 Soviet comedy film for children directed by Rolan Bykov. It is based on a story by Kornei Chukovsky. The film features Oleg Yefremov as the good Aibolit and Rolan Bykov as the evil Barmalei.

In Africa, monkeys have become sick. The news was reported to Dr. Aybolit by Monkey Chi-Chi. But Barmalei with his gang are attempting to hamper their plan. At first they seize the doctor's ship on the sea and throw out Dr. Aybolit. At the end, the robbers by order of chief Barmalei collect all the local pirates on the river bank. In conclusion the good doctor manages to overpower Barmalei using drugs and cures the monkeys.