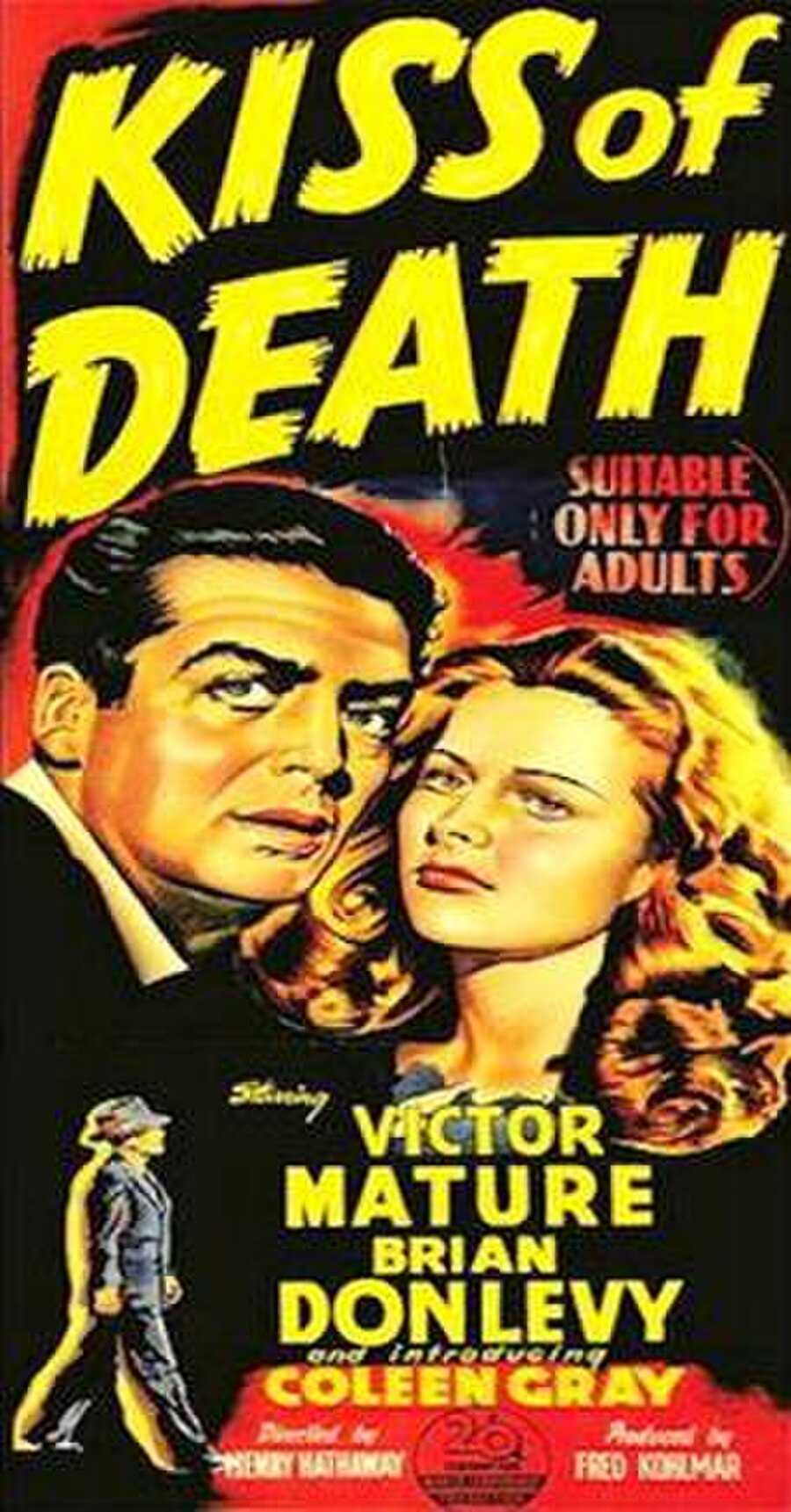 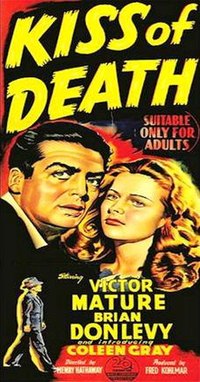 Kiss of Death is a 1947 film noir directed by Henry Hathaway and written by Ben Hecht and Charles Lederer from a story by Eleazar Lipsky. The story revolves around an ex-con played by Victor Mature and his former partner-in-crime, Tommy Udo (Richard Widmark in his first film). The movie also starred Brian Donlevy and introduced Coleen Gray in her first billed role. The film has received critical praise since its release, with two Academy Award nominations.

On Christmas Eve, down-on-his-luck ex-convict Nick Bianco (Mature) and his three cohorts rob a jewelry store. Before they can exit the building, however, the injured proprietor sets off his alarm. While attempting to escape, Nick assaults a police officer but is wounded and arrested.