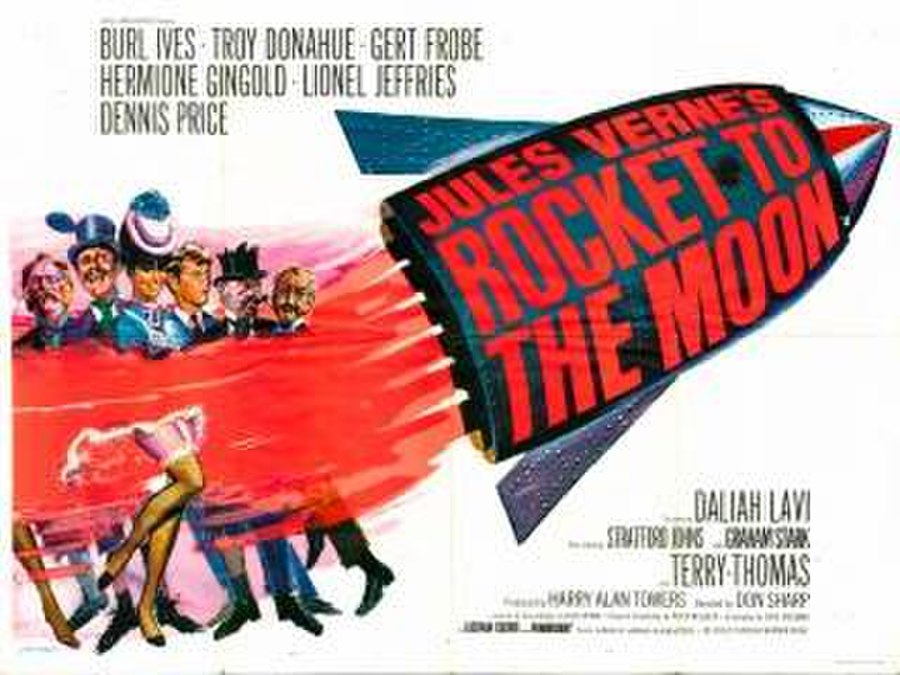 Jules Verne's Rocket to the Moon 1967

In Victorian England, everyone is trying to make new scientific discoveries, including such failures as the Duke of Barset's attempt to create the first house in England illuminated by electricity (leading to its going up in flames), Sir Charles Dillworthy's suspension bridge (which falls apart directly Queen Victoria cuts its inaugural ribbon) and, in Germany, Siegfried von Bulow's powerful new explosive (which is intended to require only a minute quantity)'s disastrous recoil. In the US, meanwhile, when Phineas T. Barnum's "Greatest Show on Earth" burns to the ground, he heads to England with his star, Tom Thumb.