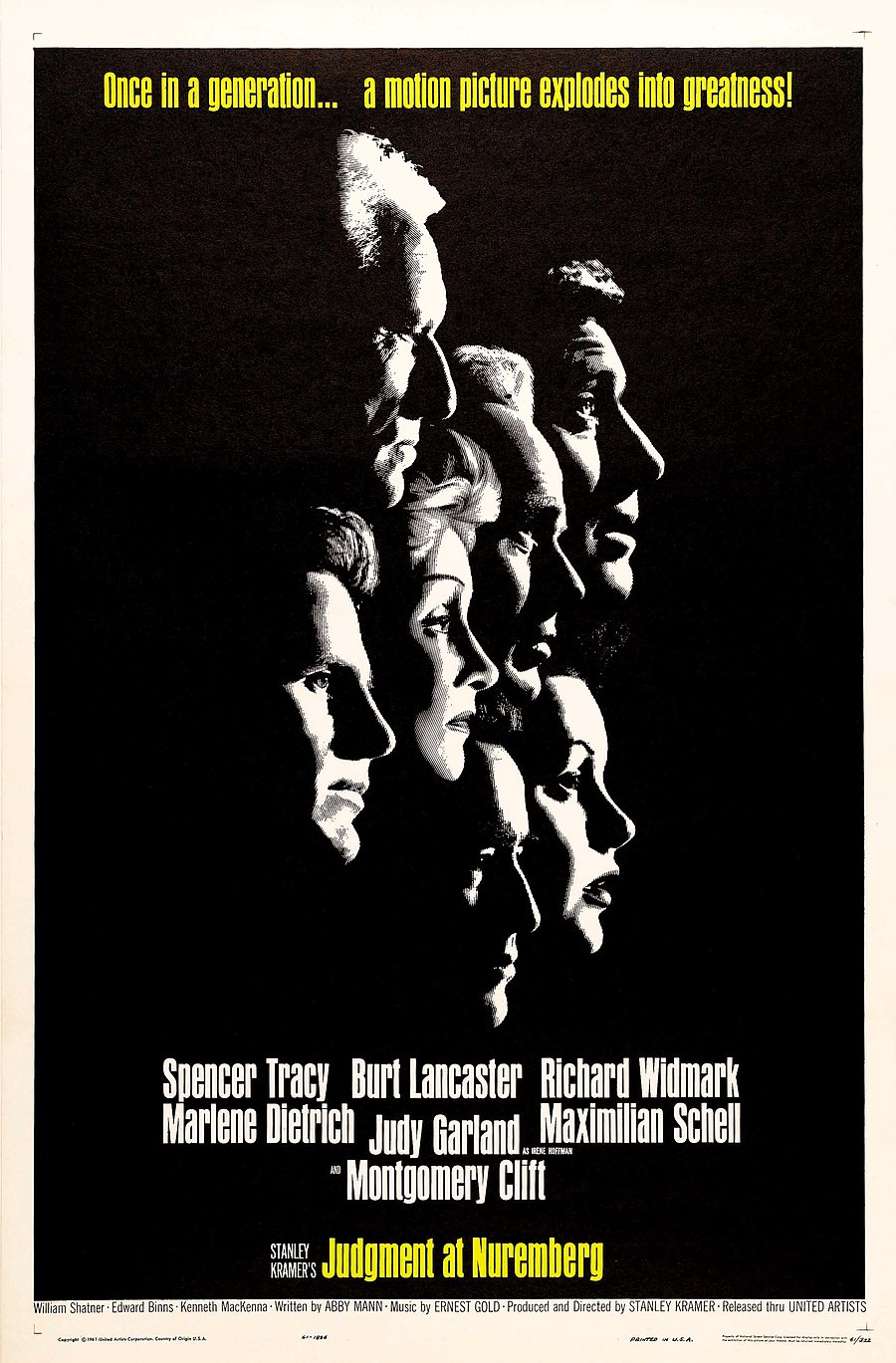 Judgment at Nuremberg centers on a military tribunal convened in Nuremberg, Germany, in which four German judges and prosecutors stand accused of crimes against humanity for their involvement in atrocities committed under the Nazi regime. Judge Dan Haywood (Spencer Tracy) is the chief judge of a three-judge panel of Allied jurists who will hear and decide the case against the defendants. Haywood is particularly interested in trying to learn how the defendant Ernst Janning (Burt Lancaster) could have committed the atrocities of which he is accused, including the sentencing of innocent people to death. Janning, it is revealed, is a well-educated and internationally respected jurist and legal scholar. Haywood seeks to understand how the German people could have turned blind eyes and deaf ears to the crimes of the Nazi regime. In doing so, he befriends the widow (Marlene Dietrich) of a German general who had been executed by the Allies. He talks with a number of Germans who have different perspectives on the war. Other characters the judge meets are US Army Captain Byers (William Shatner), who is assigned to assist the American judges hearing the case, and Irene Hoffmann (Judy Garland), who is afraid to provide testimony that may bolster the prosecution's case against the judges.