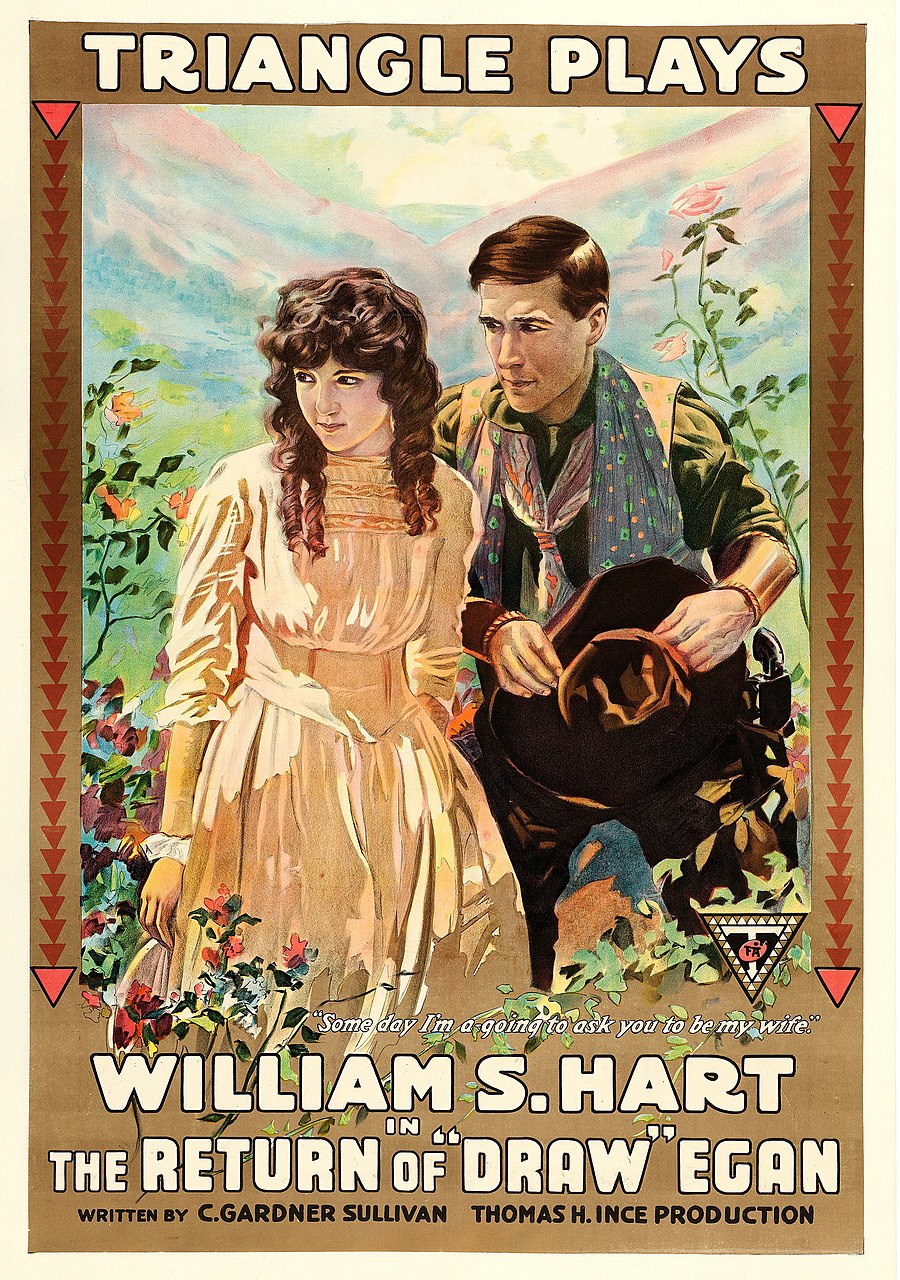 The setting is the American Wild West. The notorious outlaw leader"Draw" Egan (played by Hart) and his gang is chased by a posse of lawmen to his remote mountain cabin, where they are trapped. During a fierce shootout, Egan opens a trapdoor and they escape through a tunnel before the posse can overwhelm them.