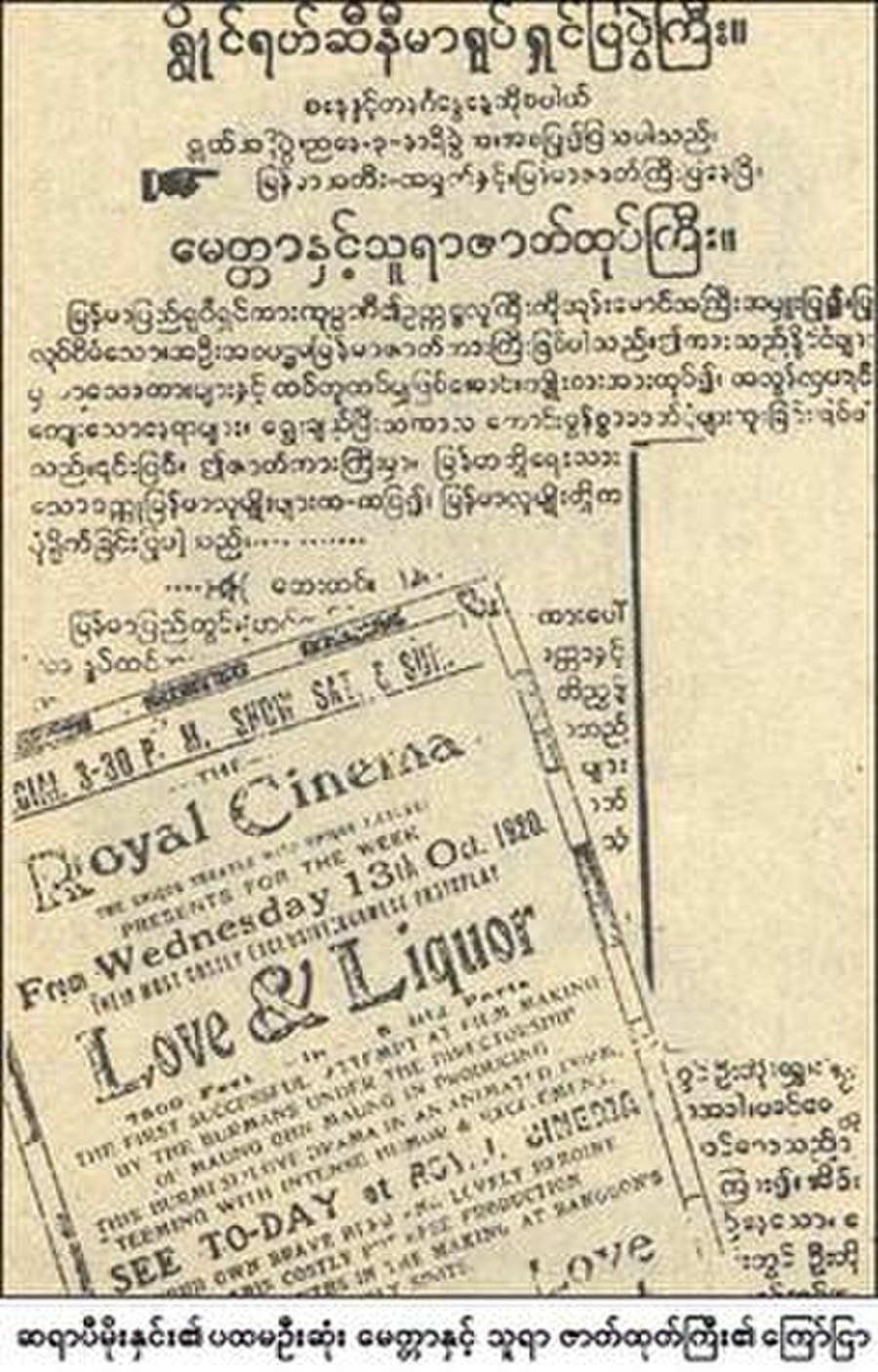 Love and Liquor (; ) is a 1920 Burmese silent film directed by Ohn Maung, written by P Moe Nin and starring Nyi Pu. It was the first Burmese feature film, and the day it premiered, October 13, 1920, is commemorated annually as Myanmar Movie Day.

Love and Liquor is the story about how gambling and alcohol destroyed a man's life.