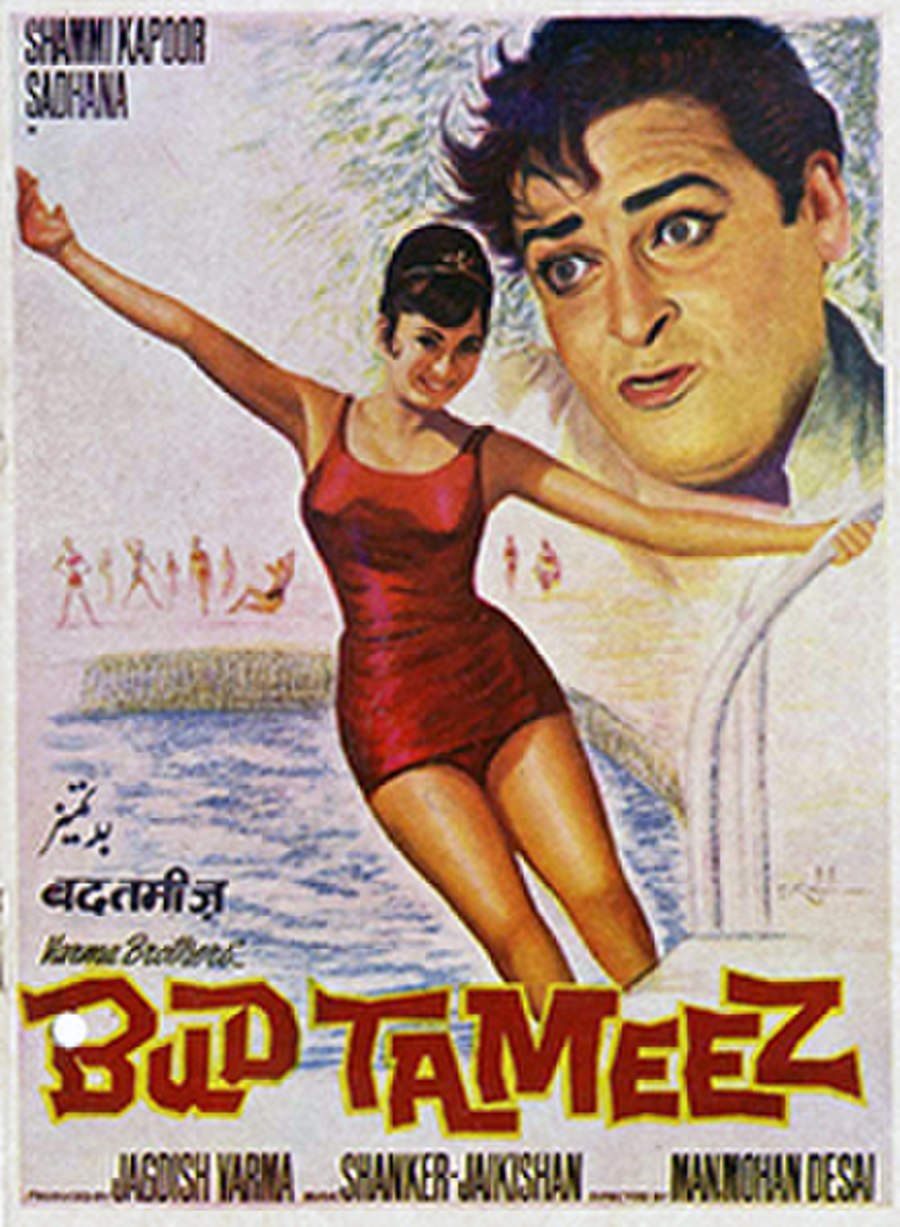 Budtameez (English: Insolent) is a 1966 Bollywood film produced by Jagdish Varma and directed by Manmohan Desai. The film stars Shammi Kapoor, Sadhana and Manorama. The film's music was by Shankar Jaikishan. The film was a box office success. It was one of the top grossing movies of 1966.

After the passing away of her parents, Shanta lives a wealthy lifestyle in Bombay along with her grandfather, Rajabahadur Murthy Sagar, who is kind-hearted and generous to a fault. Due to his pampering, Shanta has grown up to be headstrong, and rude. In order to teach her a lesson, Rajabahadur appoints Allahabad-based Shyam Kumar Saxena, who turns on his charm, and both fall in love with each other much to the delight of Rajabahadur who quickly arranges their marriage. While Shyam returns home to inform his wheelchair-bound sister, Beena, and widowed stepmother, Rajabahadur and Shanta prepare for the marriage. Then their lives are turned upside down when they receive a wedding invitation announcing the marriage of Shyam with Kamla. The question remains who is Kamla and why is Shyam rejecting Shanta and marrying her?