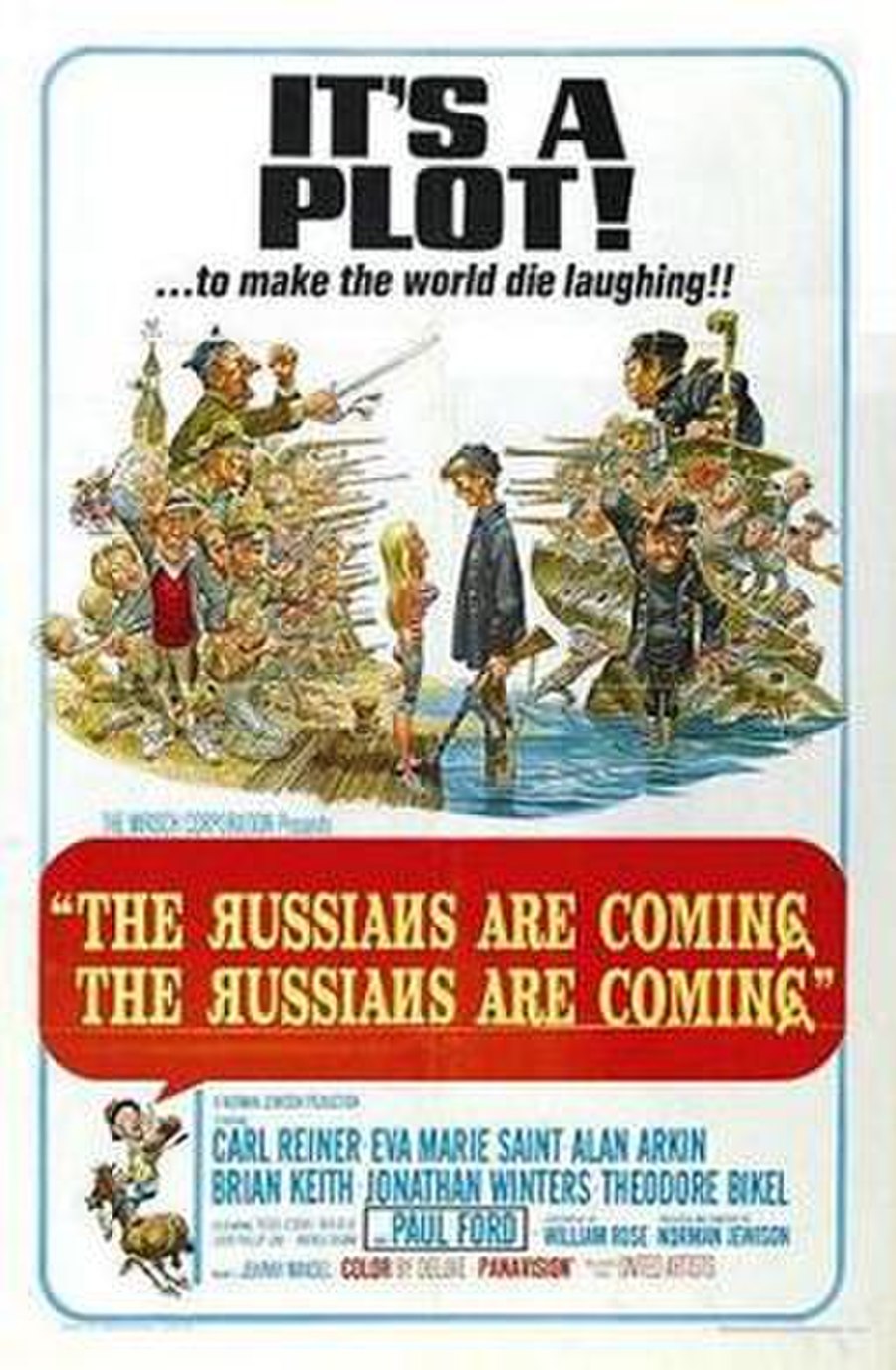 A Soviet Navy submarine called Спрут (Octopus) draws too close to the New England coast one September morning when its captain wants to take a good look at America and runs aground on a sandbar near the fictional Gloucester Island, off the New England coast, with a population of about 200 local residents. Rather than radio for help and risk an embarrassing international incident, the captain sends a nine-man landing party, headed by his zampolit (Political officer) Lieutenant Yuri Rozanov, to find a motor launch to help free the submarine from the bar. The men arrive at the house of Walt Whittaker, a vacationing playwright from New York City. Whittaker is eager to get his wife Elspeth and two children, obnoxious but precocious -year-old Pete and 3-year-old Annie, off the island now that summer is over.