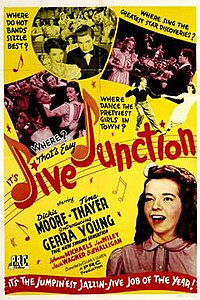 The young musician Peter Crane is transferred from the conservatory to a regular secondary school. There his music comes into conflict with the modern music of high school students. When he finds out that his father was killed in the war, he turns to jive. He soon leads his school's music group.