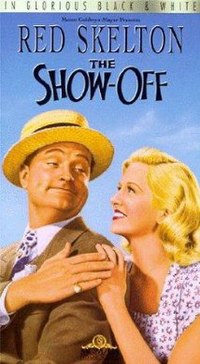 The Show-Off is a 1946 film directed by Harry Beaumont based on the play of the same name by George Kelly. It stars Red Skelton and Marilyn Maxwell. It was previously filmed in 1926 as The Show-Off starring Ford Sterling, Lois Wilson and Louise Brooks and in 1934 as The Show-Off with Spencer Tracy and Madge Evans. Lois Wilson also appeared in the 1946 version, but in a different role.

Amy Fisher's parents can't understand what their daughter sees in Aubrey Piper, a loudmouth and braggart who pretends to be more than the lowly clerk he is.