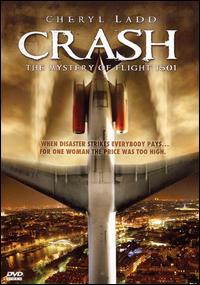 Diane (Cheryl Ladd) and Greg Halstead (Doug Sheehan) were once happily married, in later years, even deciding to try to have a baby, despite the fact that she had already suffered two miscarriages. She has no luck in becoming pregnant and this leads to an estrangement from her husband. On his latest ConWest Airlines flight, Greg, a professional pilot, finds out about a bomb threat. The person carrying the bomb supposedly wants to kill another passenger, Sen. Charleston (John Rayburn) a politician with an outspoken opinion on abortion. Unknown to the killer, however, the politician has already left the McDonnell Douglas DC-9 airliner because it had an hour and a half delay. Greg decides to make an emergency landing in Dayton, Ohio, but due to severe thunderstorms, the DC-9 crashes, killing almost everyone on board.