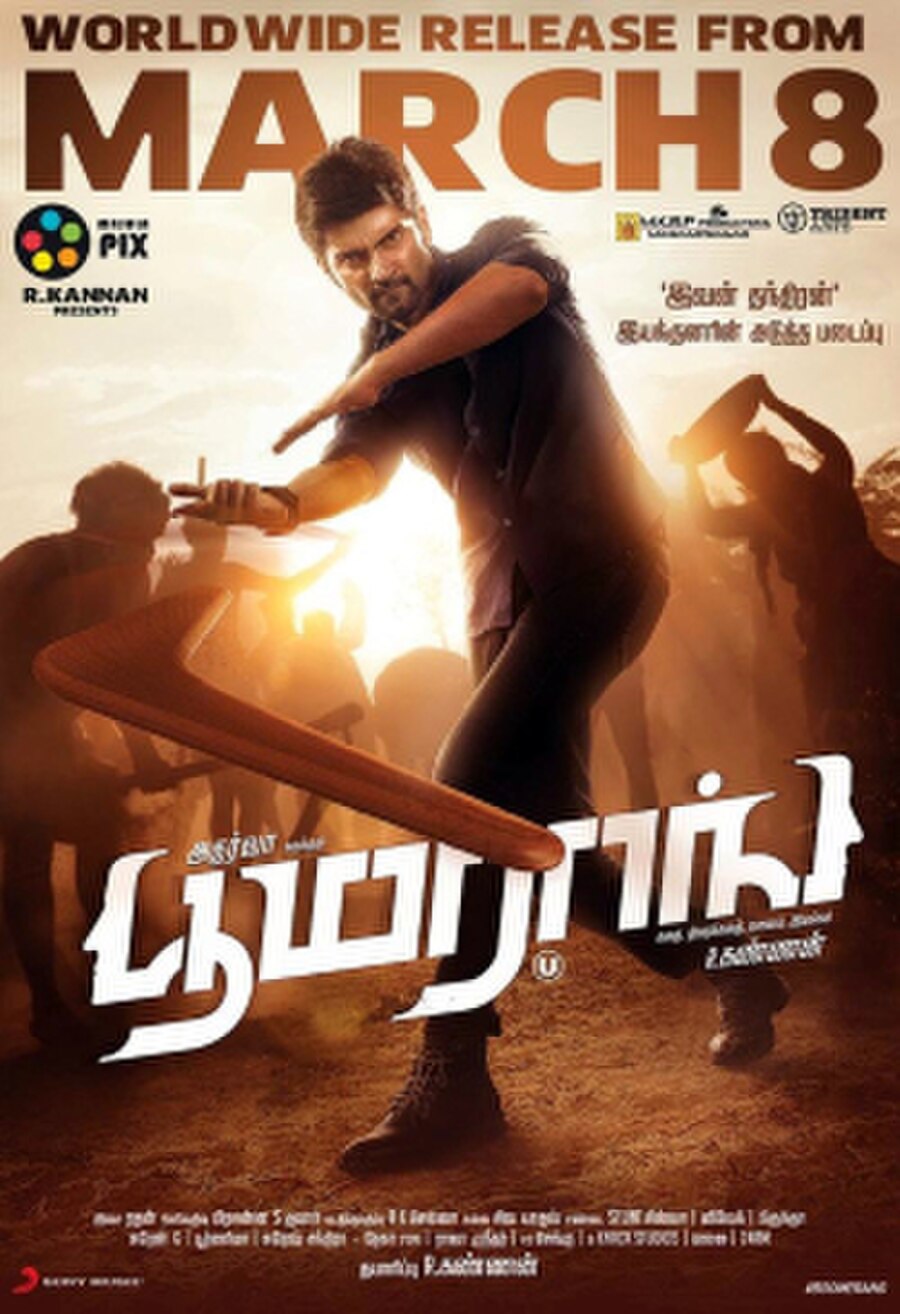 Boomerang is a 2019 Indian Tamil-language action thriller film written, produced, and directed by R. Kannan. The film features Atharvaa, Megha Akash, and Indhuja in the lead roles, while Upen Patel plays an antagonistic role alongside Sathish and RJ Balaji in supporting roles. The music was composed by Radhan with cinematography by Prasanna Kumar and editing by R. K. Selva. The film released on 8 March 2019.

The movie begins in a hospital, with a patient being rushed to the operation theater. The patient is revealed to be Siva, whose original face at that moment is not shown. It is then told that Siva's face was heavily damaged in a fire accident and that the doctors think that a face transplant is the only way out to rectify his facial deformities. At the same moment, another patient, Shakthi (Atharvaa), is admitted in the hospital. He is declared brain dead, and doctors request his mother, Gowri Thiruselvan (Suhasini Maniratnam), to donate his organs. Upon hearing the pleas of Siva's parents, she relents, and Siva's face is swapped with that of Shakthi's. Siva, who gets a new lease of life, plans to start a business to take care of his family. Little did he know that he has to face several issues in the coming days. After getting attacked by some strangers a couple of times, Siva realizes that someone is after his life. Following a third attempt on his life, Siva and his friend Gopal (Sathish) realize that the troublemakers could be targeting his face and not him in particular, as not many were aware of his face transplantation surgery. Siva learns from Gowri that his face donor was not really her son, and from another friend, that this person hailed from a Village near Trichy. Siva sets out to Trichy with Gopal and his girlfriend Gigi (Megha Akash) to know Shakthi's whereabouts. In a parallel storyline, it is revealed that Gigi had rejected Siva earlier (owing to not liking his looks prior to surgery), and during the course of the train journey, Siva reveals his true identity. Gigi feels guilty and asks for his forgiveness, after which the two reconcile.