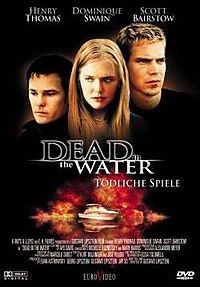 Gloria (Dominique Swain) is the spoiled daughter of a Brazilian businessman who is bankrupt. Her father asks her to take Marcos (Sebastian DeVicente), the son of her father's business partner, out for a swim in the ocean. She does so, using her father's yacht and accompanied by her boyfriend Danny (Scott Bairstow) and their buddy Jeffrey (Henry Thomas). Gloria is caught kissing Marcos. Danny is jealous and throws Marcos in the water with a life preserver. To scare Marcos, he then drives the boat to a distant island. When they return to where they left him, Marcos has disappeared. Afraid of the consequences of his possible drowning, they discuss alibis and try to figure a way out of their predicament, first destroying their relationships and then themselves.