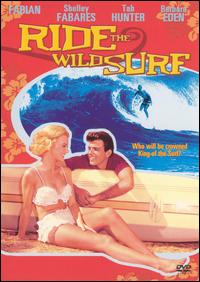 Ride the Wild Surf is a 1964 American romantic drama film. It was filmed in 1963 and distributed in 1964. Unlike the beach party movies of the era, this was a departure from the typical Hollywood approach to surfing as it was a drama, not a comedy. it is known for its exceptional big wave surf footage – a common sight in surf movies of the time, but a rarity in Hollywood films. Likewise, the film has only one pop song – the titular Jan and Dean track, which is heard once, at the end of the film.

The story follows surfers Jody Wallis (Fabian), Steamer Lane (Tab Hunter), and Chase Colton (Peter Brown), who come to Hawaii's Oahu Island to ride the world's biggest waves and compete against surfers from all over the world.