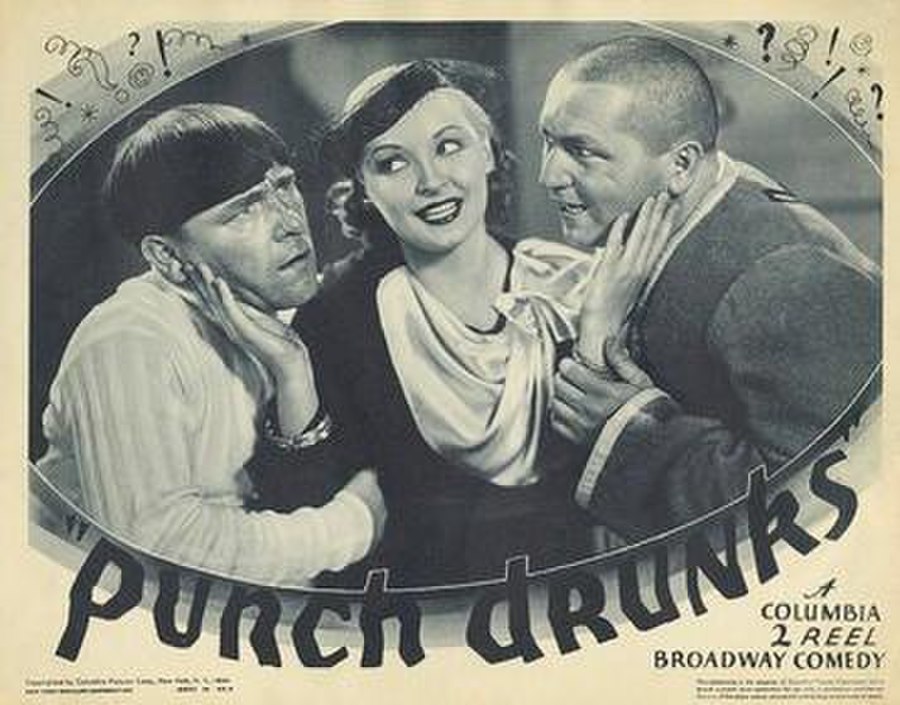 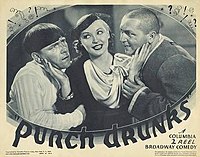 Punch Drunks is a 1934 short subject directed by Lou Breslow starring American slapstick comedy team The Three Stooges (Moe Howard, Larry Fine and Curly Howard). It is the second entry in the series released by Columbia Pictures starring the comedians, who released 190 short subjects for the studio between 1934 and 1959.

A struggling boxing manager (Moe) is having lunch with three of his fighters who are threatening to quit in anger over not being paid. Upon hearing the song "Pop Goes the Weasel" being played by a violinist (Larry), the timid waiter attending to the group (Curly) goes into a violent fugue state and knocks out all three fighters and the restaurant owner. Moe recruits Curly as a boxer and persuades Larry to play the tune at ringside so Curly can easily defeat his opponents and win prize money. Fighting under the name "K.O. Stradivarius," Curly quickly becomes the top contender for the heavyweight championship.