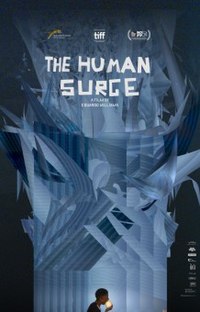 The Human Surge is a 2016 experimental film directed, written, photographed and edited by the Argentine director Eduardo Williams. It is Williams' first feature film, after a number of shorts. The Human Surge is divided into three separate narrative and geographical segments: the first in Buenos Aires, the second in Maputo, and the third in Bohol.