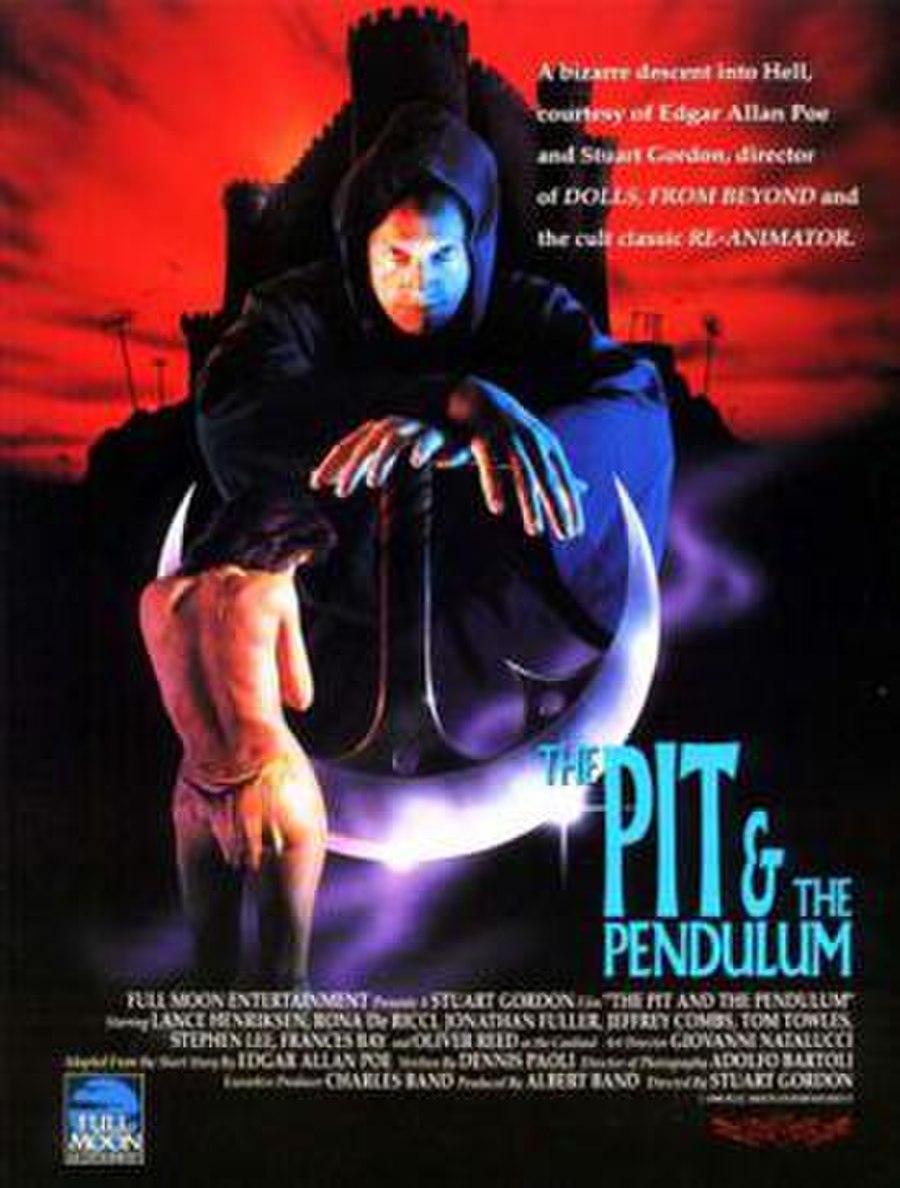 The Pit and the Pendulum (released on DVD in the United States as The Inquisitor) is a 1991 American horror film directed by Stuart Gordon and based on the 1842 short story by Edgar Allan Poe. The film is an amalgamation of the aforementioned story with Poe's "The Cask of Amontillado", and it also appropriates the anecdote of "The Sword of Damocles", reassigning it to the character of Torquemada.

In 1492 Spain, Grand Inquisitor Torquemada leads a bloody reign of terror. Opposed to the use of torture by the Church, Maria speaks out during the public execution of a disenfranchised noble family. Torquemada is tempted by Maria's beauty, and atones through self-torture. Confused by these new desires, he accuses Maria of witchcraft and orders that she be tortured until she confesses. During Maria's interrogation, Torquemada cannot stop himself from staring at her naked body; he orders that she be imprisoned. Maria is befriended by fellow prisoner Esmerelda, a confessed witch. Together they struggle to save themselves from the sinister Torquemada. Maria's husband Antonio breaks into the castle to rescue his innocent wife. He fails and is imprisoned for his actions. Torquemada decides to test a new torture device, the Pit and the Pendulum, on Antonio.