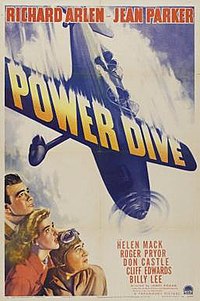 Ace test pilot Bradley Farrell (Richard Arlen), flying for McMasters Aviation Corp., breaks his leg when an overweight prototype crashes. Brad's younger brother Douglas (Don Castle), a recent graduate in aeronautical engineering, thinks Doug's flying is too dangerous and is hired as a design engineer at McMasters. Carol Blake (Jean Parker) wants to interest Brad in her father's design for an aircraft made of plastic. Doug pretends to be Brad because he is attracted to her but Brad meets Carol and takes her out flying. She introduces him to her blind father, Professor Blake (Thomas W. Ross), resulting in Brad becoming immersed in the professor's new designs.