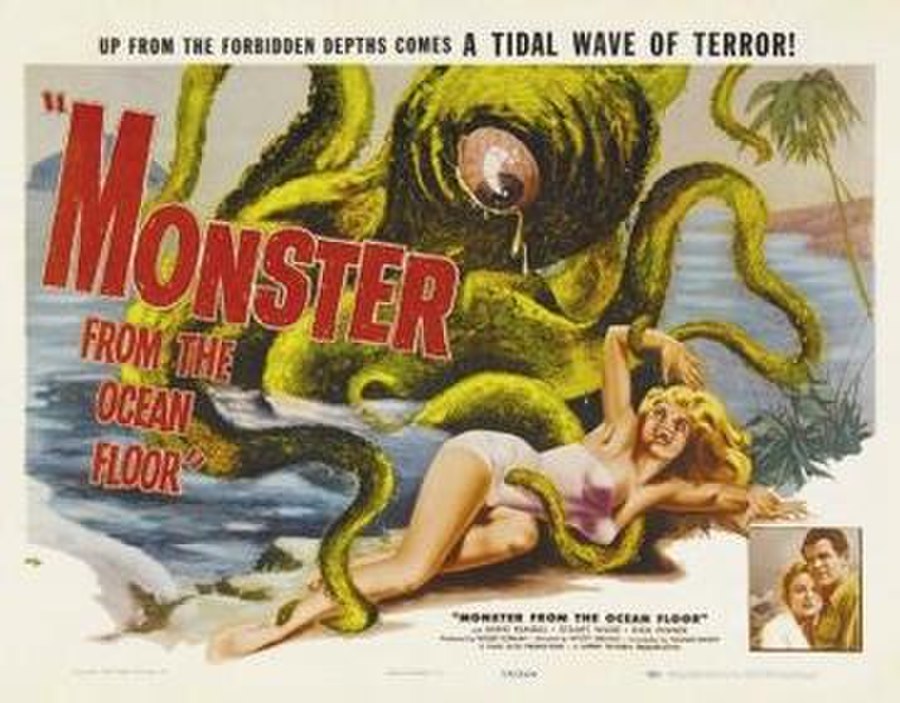 Monster from the Ocean Floor 1954

Monster from the Ocean Floor is a 1954 science fiction film about a sea monster that terrorizes a Mexican cove. The film was directed by Wyott Ordung and starred Anne Kimbell and Stuart Wade.

Julie Blair (Kimbell) is an American vacationing at a seaside village in Mexico. She hears stories about a man-eating creature dwelling in the cove. She meets Dr. Baldwin (Dick Pinner), a marine biologist, and they fall for one another. The mysterious death of a diver inspires Julie to investigate, but Baldwin is very skeptical. She sees a giant amoeba rising from the ocean.