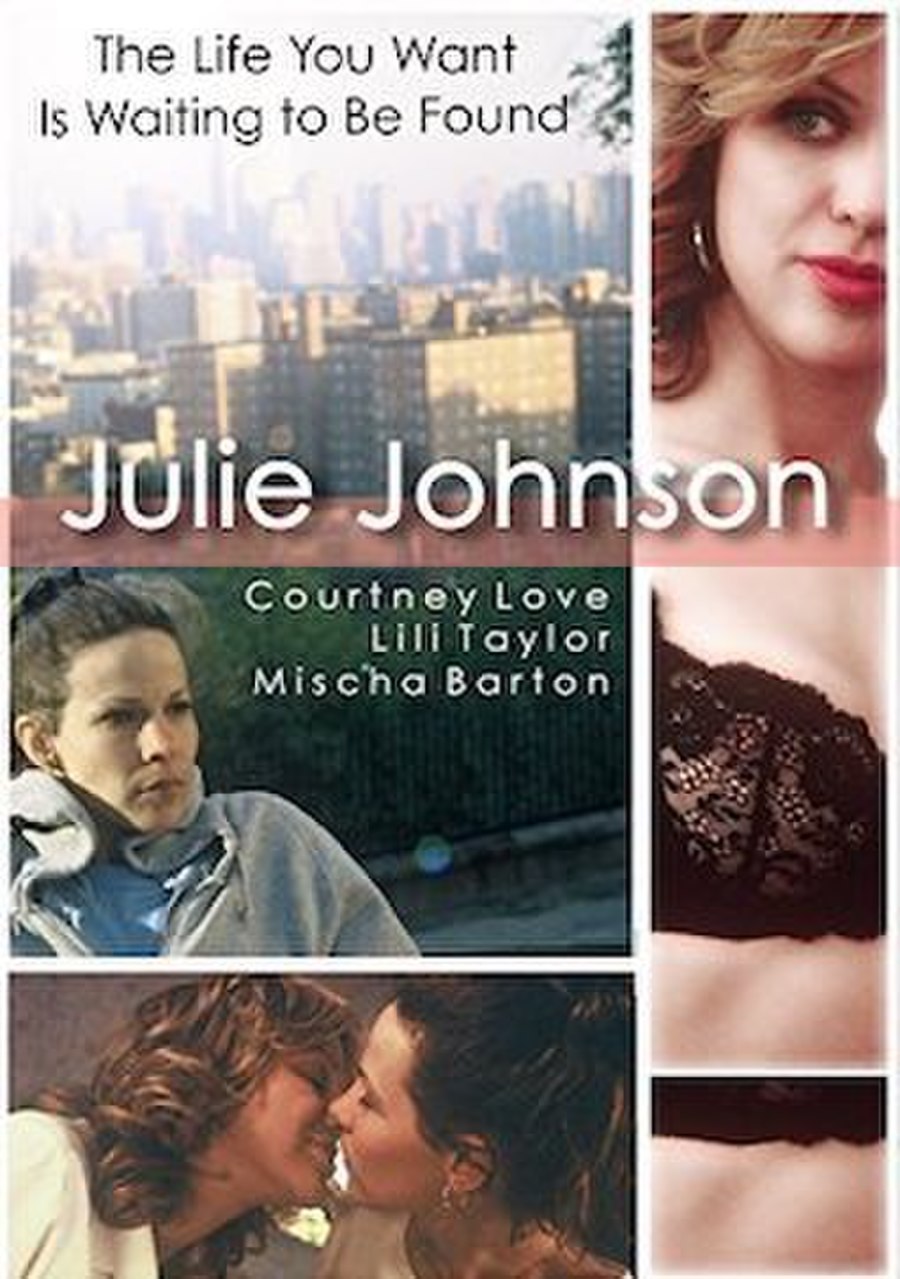 Julie Johnson is a 2001 independent American drama film directed by Bob Gosse and starring Lili Taylor, Courtney Love, and Mischa Barton. Written by Gosse and Wendy Hammond, the plot focuses on a New Jersey housewife (Taylor) who, after separating from her husband, falls in love with her wayward friend (Love) and begins a relationship with her. The film features an original score by Angelo Badalamenti as well as a soundtrack by Liz Phair.

Julie Johnson is a bored New Jersey housewife who is unhappy with her life and decides to take a computer class at a local college. When her husband finds out and is unsupportive and verbally abusive, she decides that enough is enough and the couple separate. Inspired, her friend Claire leaves her husband, and, having nowhere to go, moves in with Julie and her son and daughter. Living together, Julie and Claire develop a relationship that is more than just a friendship. Problems arise when Julie, immersed in studies, makes new, scholarly, cultured friends and Claire doesn't mesh well with them.