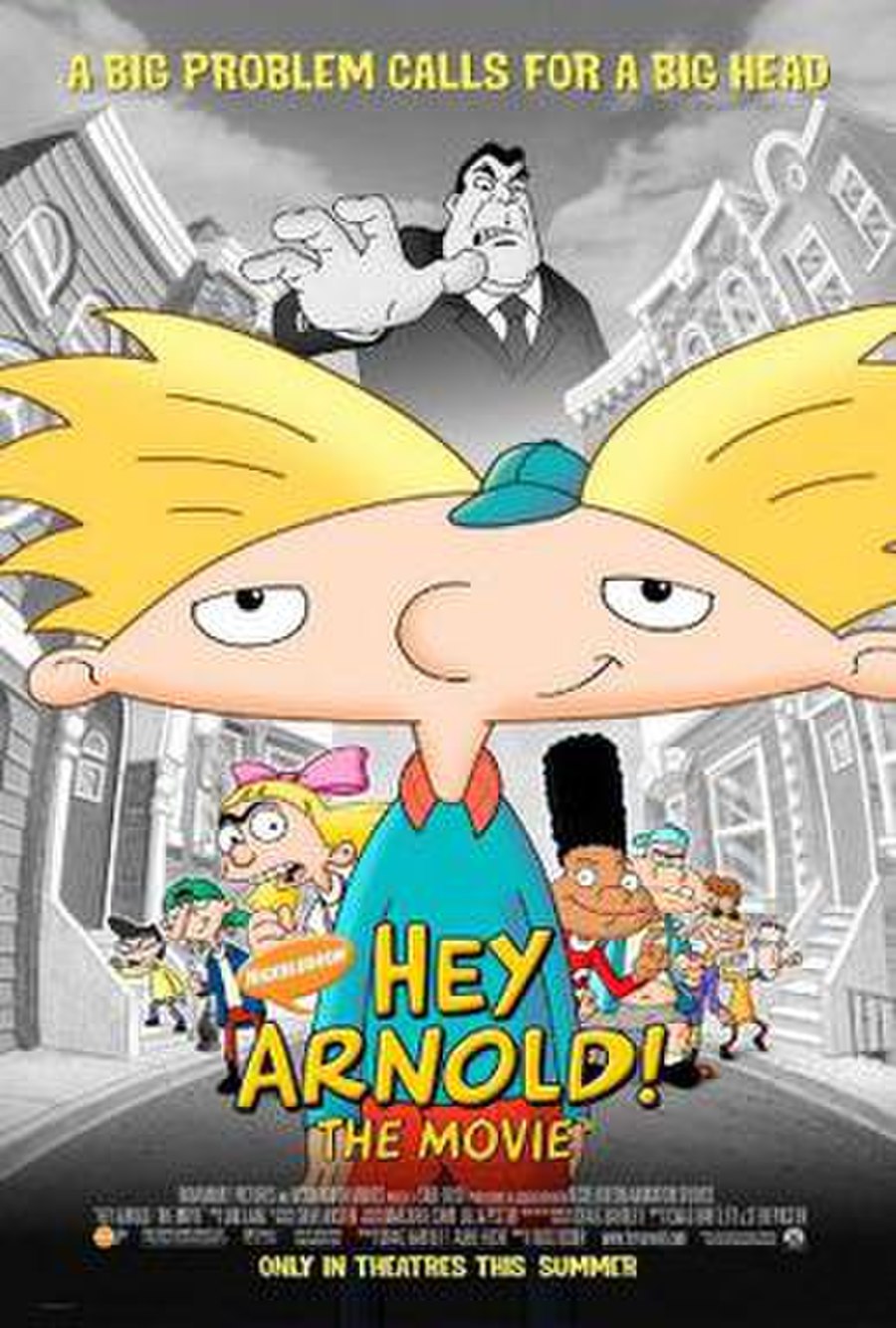 Hey Arnold!: The Movie is a 2002 American animated adventure comedy film based on the Nickelodeon animated television series of the same name. It was directed by Tuck Tucker and written by series creator Craig Bartlett and Steve Viksten, with music by Jim Lang. The events of the film take place during the fifth and final season of Hey Arnold!. The film stars Spencer Klein, Francesca Smith, Jamil Walker Smith, Dan Castellaneta, Tress MacNeille, Paul Sorvino, Jennifer Jason Leigh, and Christopher Lloyd. The film follows Arnold, Gerald, and Helga on a quest to save their neighborhood from a greedy developer who plans on converting it into a huge shopping mall.

Arriving home from a basketball game, Arnold Shortman and his best friend Gerald Johanssen learn that Alphonse Perrier du von Scheck, the CEO of FutureTech Industries (FTi), has announced plans to redevelop the entire neighborhood as a luxurious high-rise shopping mall. That night, Helga Patiki finds that her father, Big Bob, is working with FTi to build a new super-sized branch of his beeper store in the proposed mall. She ultimately sides with her father, though is hesitant to do so because of her love for Arnold.