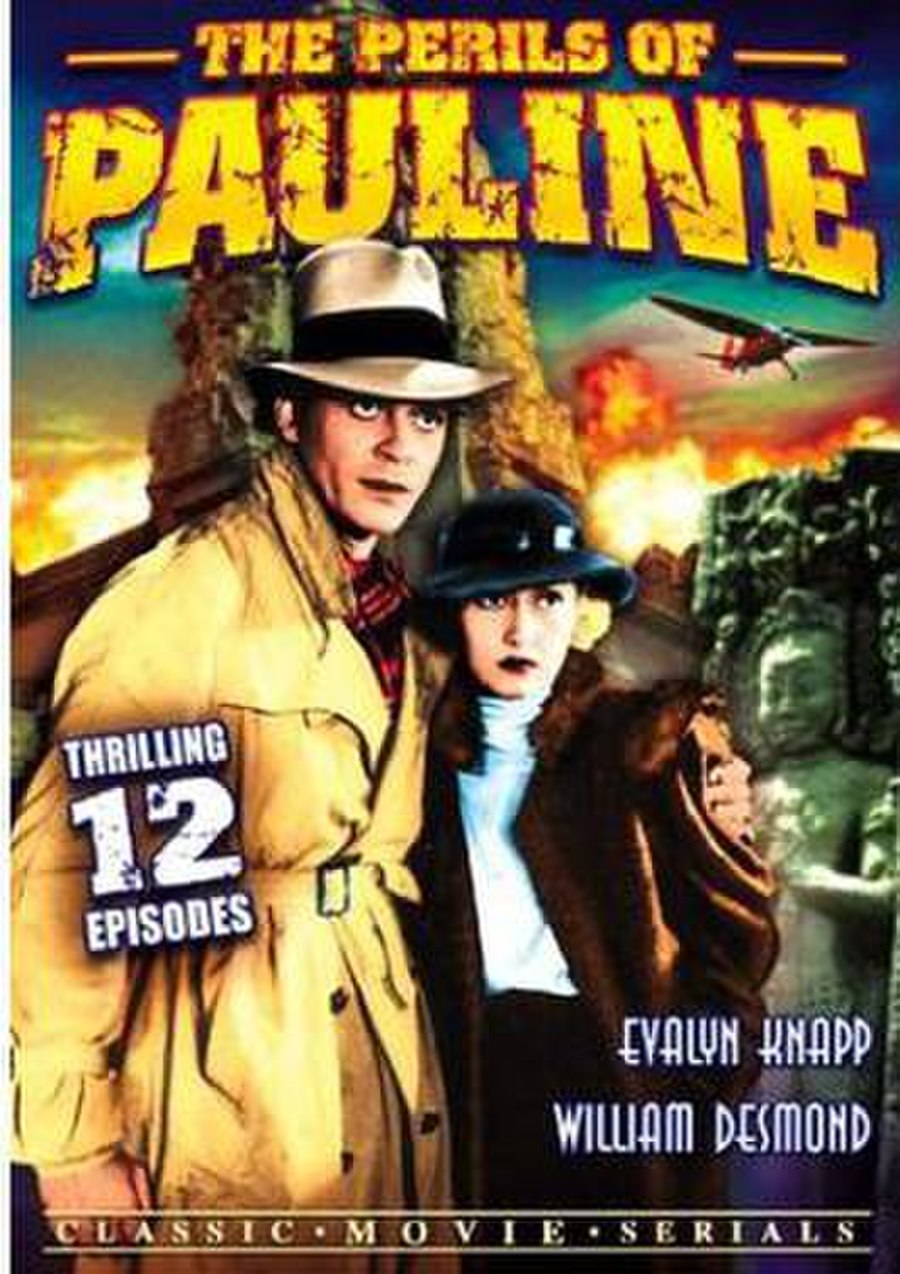 The Perils of Pauline is a 1933 American Pre-Code film serial, and sound film remake, of the Pathé original. The 12-chapter "cliffhanger" was produced by Universal Studios. Evalyn Knapp, herself a graduate of Pathé silent short subjects, starred as the heroine, Pauline Hargraves. Historic newsreel footage of the 1930 flight of the Dornier Do X seaplane is featured in chapter eight.

Pauline Hargraves (Evalyn Knapp) is the intrepid daughter of Professor Hargraves (James Durkin), a noted doctor of chemistry and archeology. She and Willie Dodge (Sonny Ray), her father's cowardly secretary, have accompanied Prof. Hargraves to Asia in search of a legendary ivory disk which may contain the chemical recipe for a deadly gas created by an ancient Egyptian named Confu. Unfortunately, the villainous Asian warlord, Dr. Bashan (John Davidson), is also after the disk, along with his right-hand-man and assassin, Fang (Frank Lackteen).