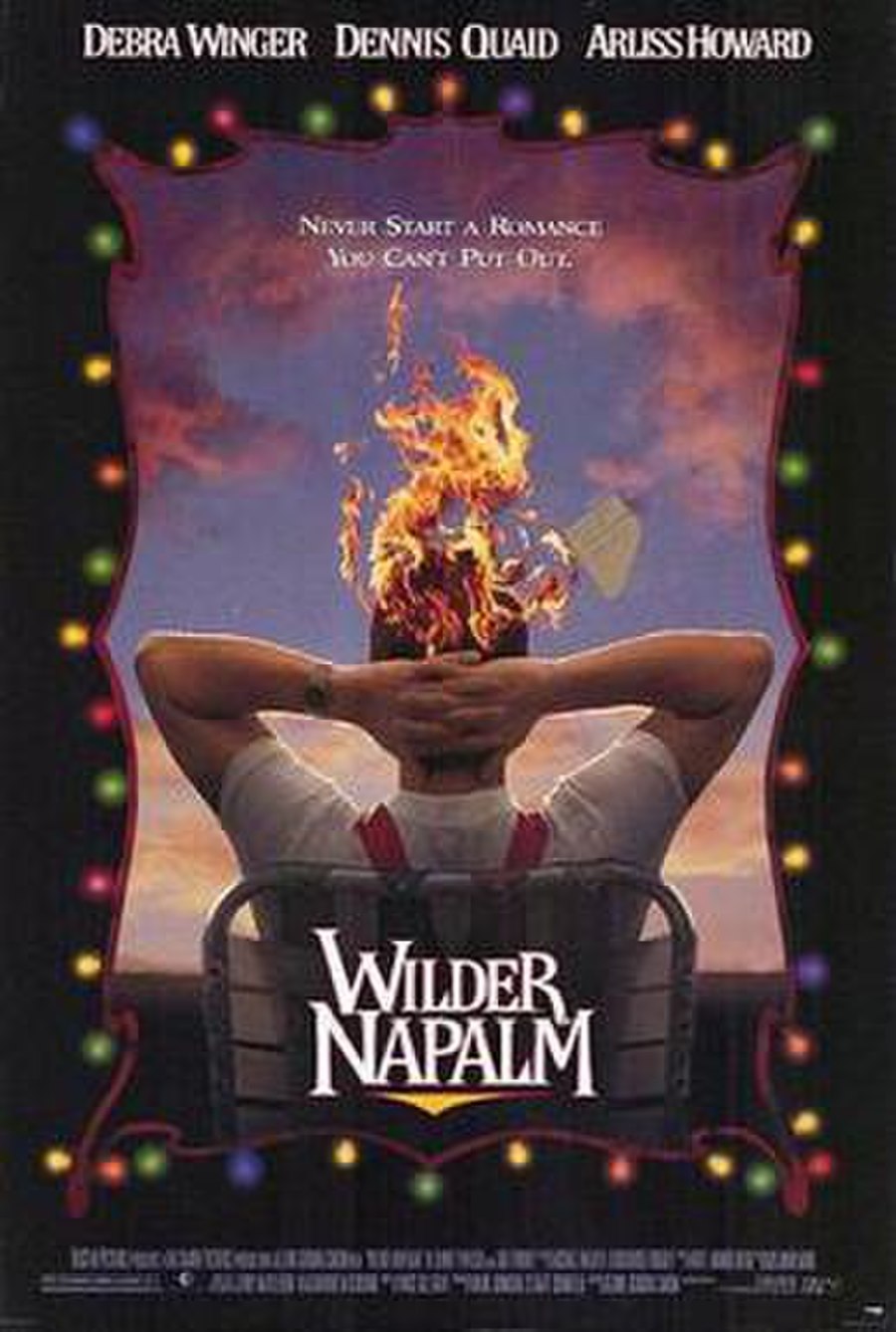 Wilder Napalm is a 1993 American romantic comedy film directed by Glenn Gordon Caron, written by Vince Gilligan, and starring Dennis Quaid, Arliss Howard, and Debra Winger. The screenplay concerns a pair of pyrokinetic brothers and their rivalry for the same woman.

Wallace (Dennis Quaid) and Wilder Foudroyant (Arliss Howard) are brothers and pyrokinetics. Ever since a childhood tragedy where they accidentally killed a homeless person sleeping in a friend's "secret clubhouse," they have kept their firestarting abilities a secret. Now that they are grown up and estranged, Wallace (performing as Biff the Clown in a traveling carnival) wants to debut his talents on The David Letterman Show. Wilder has a monotonous job in a minuscule Kwik Foto booth at a dying mall and is a volunteer firefighter.