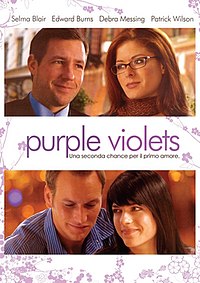 Patti Petalson (Selma Blair) is a promising writer, but her marriage and conventional job keep her from her dream. She longs to return to her writing, especially after running into her first love Brian Callahan (Patrick Wilson), a successful crime novelist. Kate (Debra Messing) is Patti's best friend since college. She's a tough-talking schoolteacher who plays therapist to all Patti's problems, while she's got a few of her own.