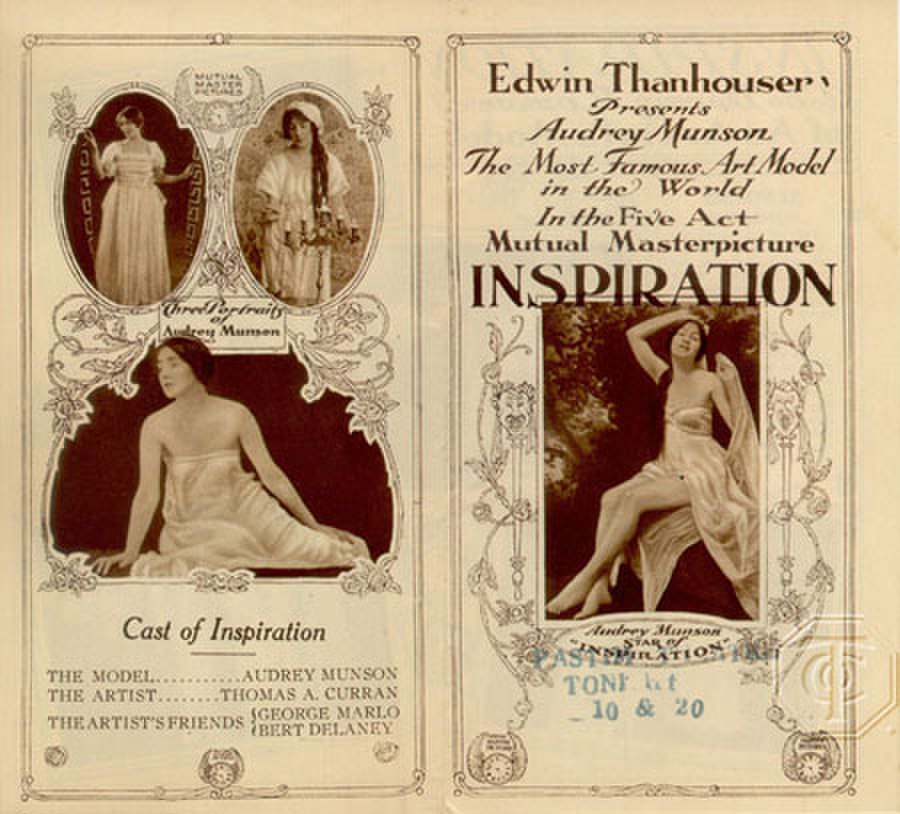 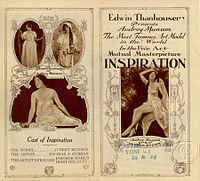 Inspiration is a 1915 American silent drama film directed by George Foster Platt and written by Virginia Tyler Hudson and starring Audrey Munson, an artist's model known at the time for posing for several statues in New York City and the 1915 San Francisco Panama–Pacific International Exposition. It is the second non-pornographic American film to feature full female nudity. On its reissue in 1918, the film was renamed as The Perfect Model.

A young sculptor searches for the perfect model to inspire his work. He finds a poverty-stricken girl who he thinks is the one he has been