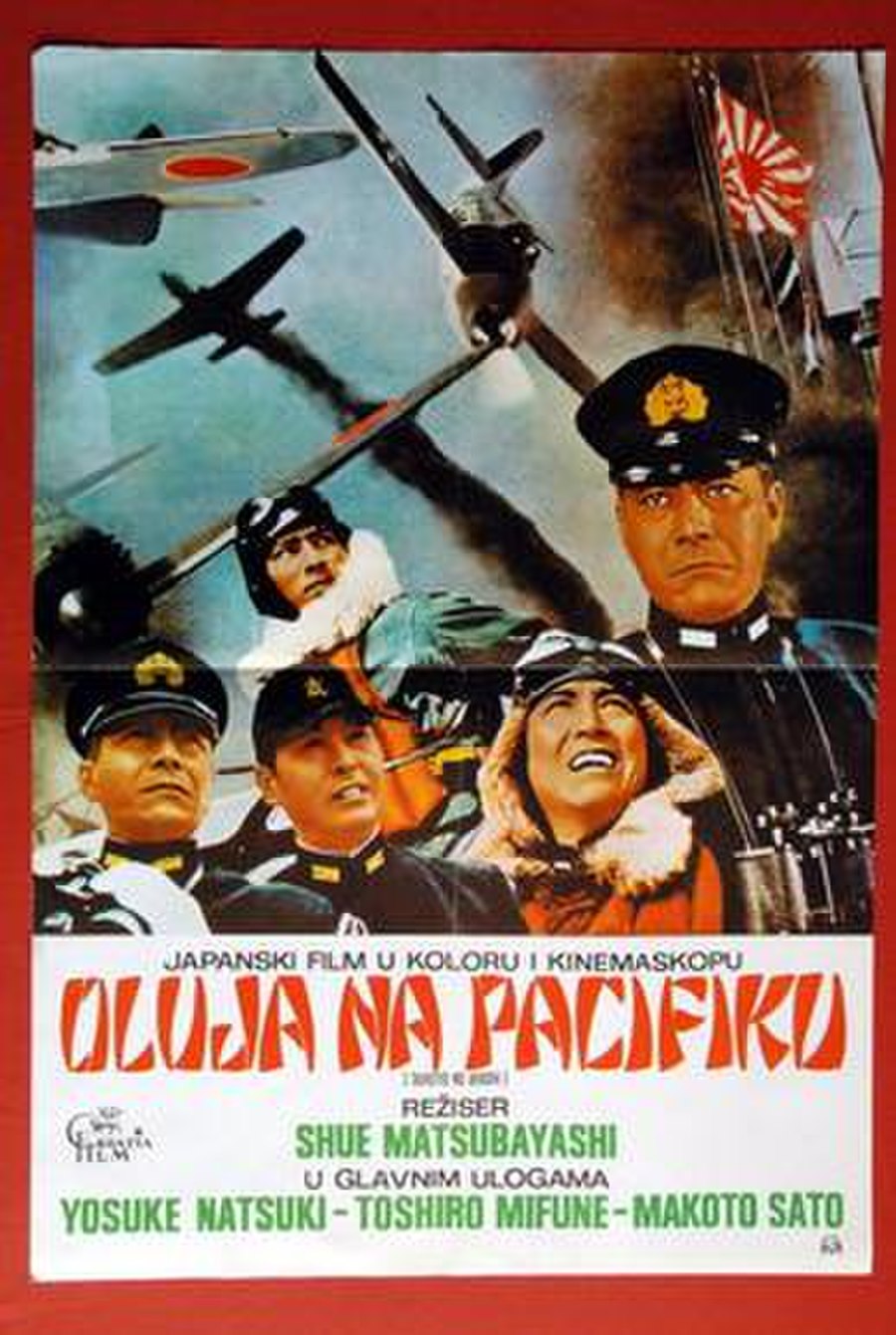 Storm Over the Pacific 1960

(literally, Hawaii-Midway Battle of the Sea and Sky: Storm in the Pacific Ocean) is a 1960 color (Eastmancolor) Japanese film directed by Shūe Matsubayashi. The story is an account of a young Japanese bombardier, Lt. Koji Kitami (Yosuke Natsuki) stationed aboard the and his participation in two battles in the Pacific during World War II, the attack on Pearl Harbor and the Battle of Midway.

In 1941, Lt. Koji Kitami (Yosuke Natsuki) is a young Japanese bombardier, stationed aboard the . On 1 December 1941, a Japanese fleet of 30 warships sails for Hawaii. When diplomatic negotiations in Washington fail, the task force commander, Adm. Tamon Yamaguchi (Toshiro Mifune) receives orders to attack Pearl Harbor. On December 7, the surprise attack is carried out successfully.