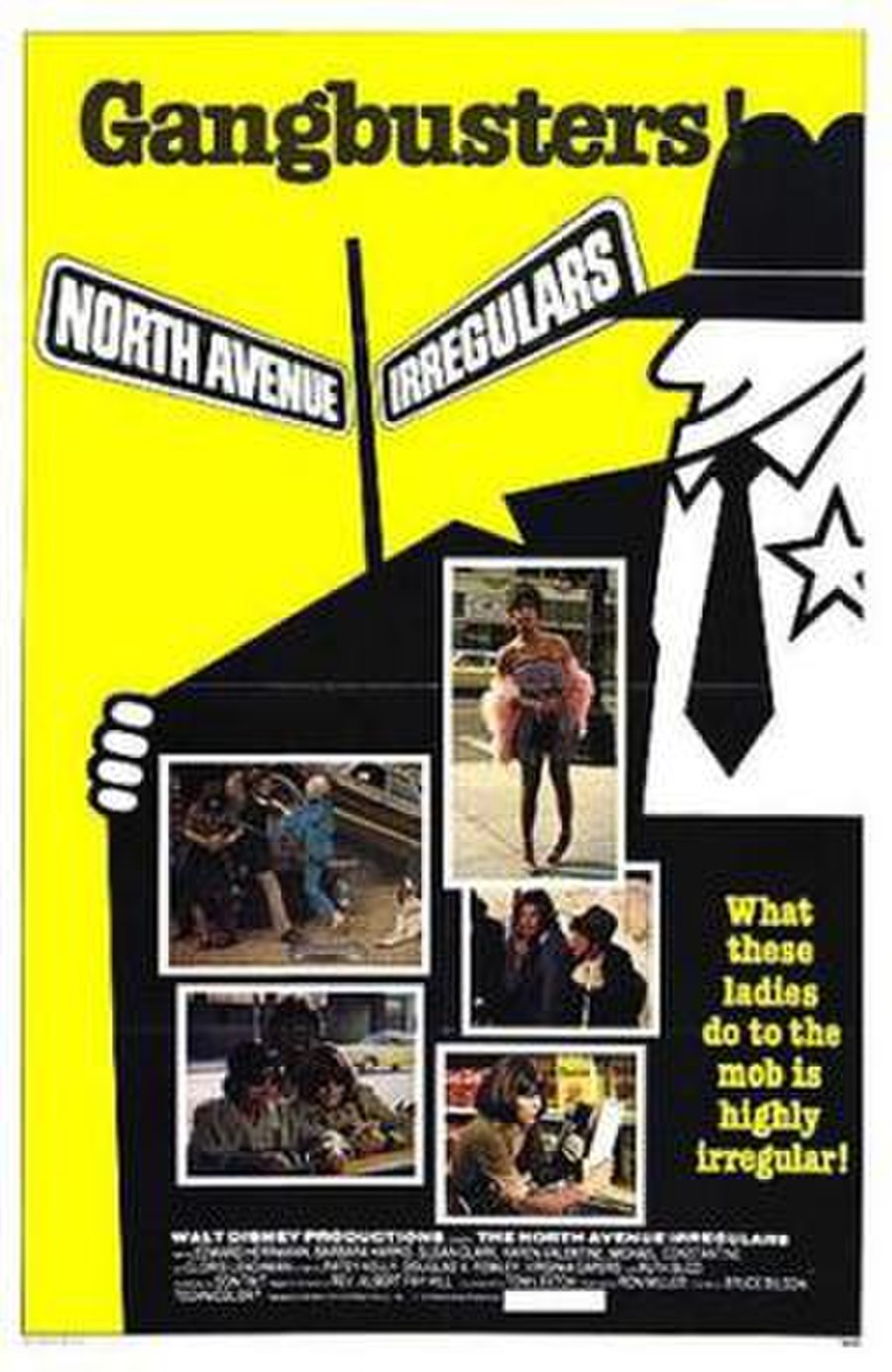 The North Avenue Irregulars is a 1979 American comedy crime film produced by Walt Disney Productions, distributed by Buena Vista Distribution Company, and starring Edward Herrmann, Barbara Harris, Karen Valentine and Susan Clark. Don Tait wrote the screenplay, which was loosely based on the Rev. Albert Fay Hill's memoir of fighting the mob in New Rochelle in the 1960s. The film was released as Hill's Angels in the United Kingdom.

Reverend Michael Hill (Edward Herrmann) and his two children arrive in a fictional California town. He is there to serve as the new minister at the North Avenue Presbyterian Church. The secretary/music director for the church, Anne (Susan Clark), is wary of the changes Hill intends to implement. Hill wants to get people involved, and asks Mrs. Rose Rafferty (Patsy Kelly, in her final movie role) to handle the church's sinking fund. It turns out being an awful mistake, because she has a husband who is a reckless gambler.