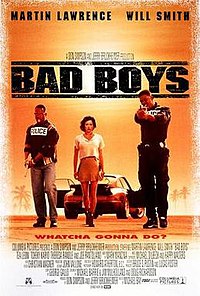 Lifelong friends Mike Lowrey and Marcus Burnett are Miami police detectives investigating $100 million of seized Mafia heroin, which was stolen from a secure police vault. Internal Affairs suspects that it was an inside job and threatens to shut down the entire department unless they recover the drugs within 72 hours.