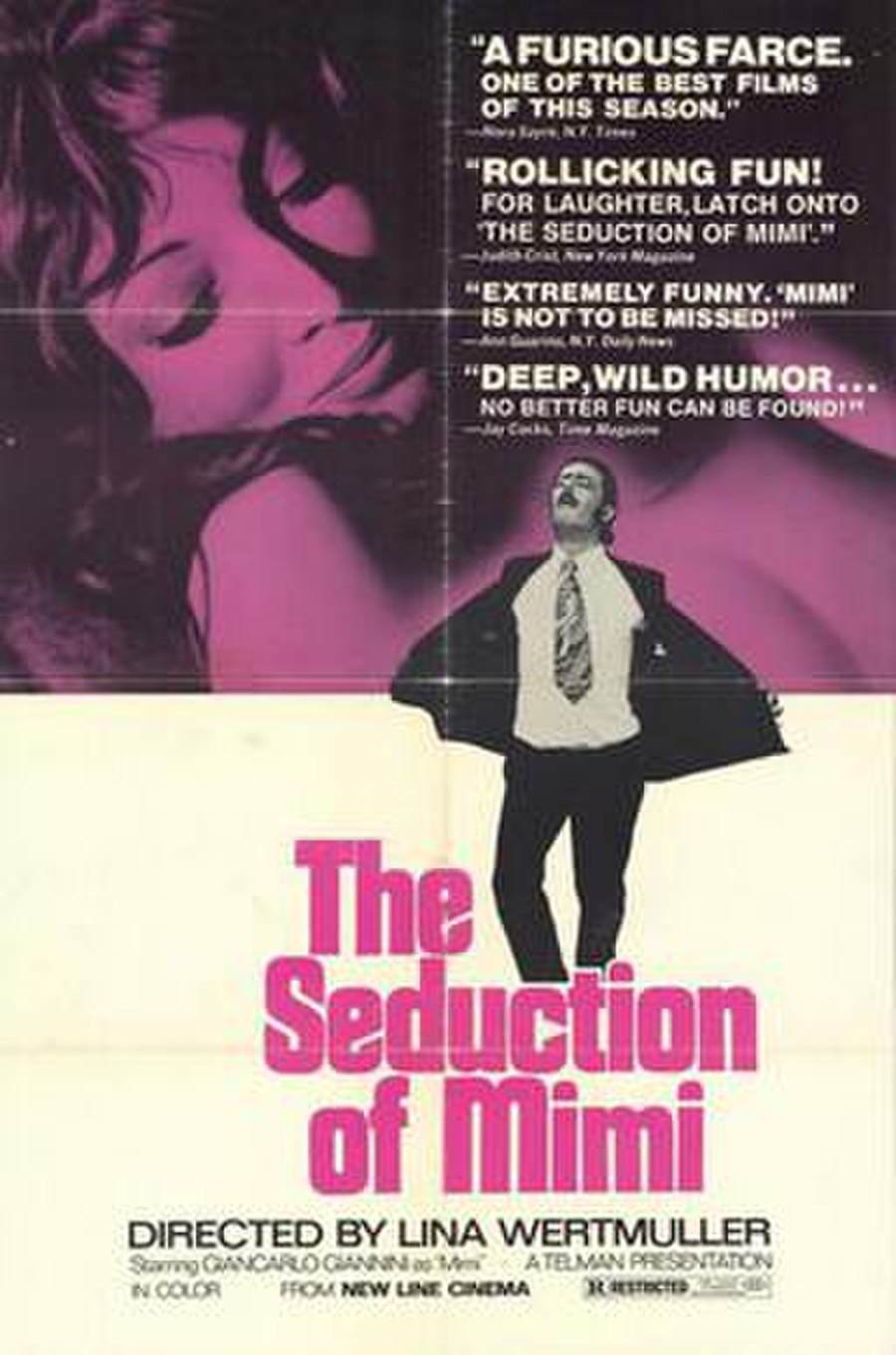 Mimì metallurgico ferito nell'onore (1972) is an Italian language film directed by Lina Wertmüller, starring Giancarlo Giannini as Mimi and featuring Mariangela Melato, Turi Ferro, and Agostina Belli. It was released in the United States as The Seduction of Mimi, although a literal translation of the title would be "Mimi the metalworker, wounded in honor". The film was entered into the 1972 Cannes Film Festival. The screenplay was very loosely adapted for the 1977 film Which Way Is Up? starring Richard Pryor.

Set in both Sicily and mainland Italy, the film follows the adventures of a man nicknamed Mimi (Giancarlo Giannini). Mimi is a poor laborer who is pressured by his employers to vote for the mafia candidate in a local election. Frustrated by the system and assured that the ballot will be secret Mimi votes for the communist representative instead. However he is fired and assured he will never work again as the ballot was not secret. Disgusted Mimi flees to Turin, while his wife, Rosalia, stays in Sicily.