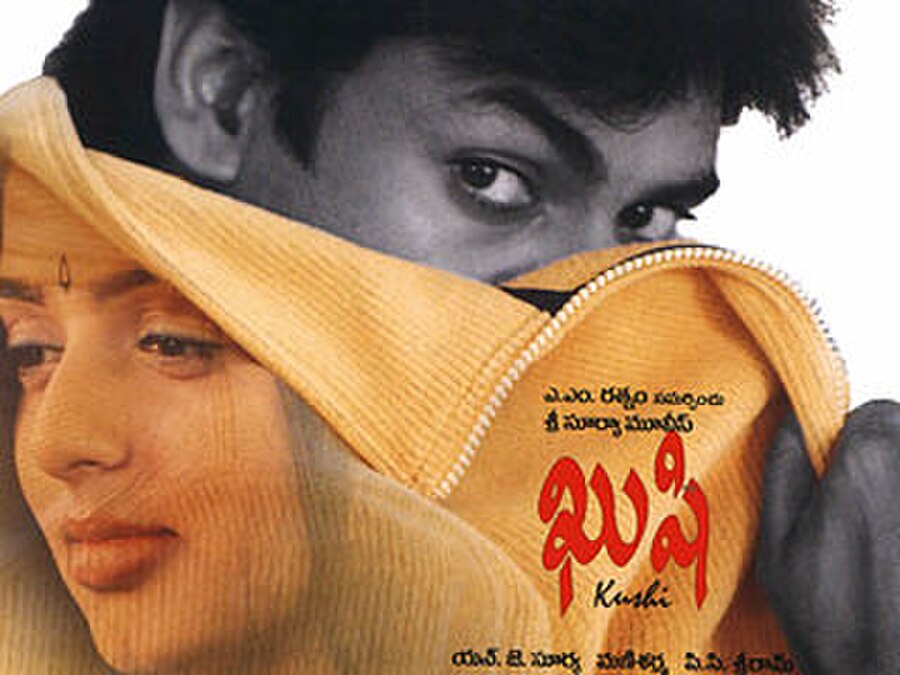 Kushi ( Happiness) is a 2001 Indian Telugu-language romantic comedy film directed by S. J. Surya and released on 27 April 2001. Pawan Kalyan and Bhumika Chawla appeared together for the first time in this film. This film is a remake of the Tamil-language film Kushi (2000). Mani Sharma provided the soundtrack.

The film opens when Madhumati ("Madhu") (Bhumika Chawla) and Siddharth Roy alias Siddhu (Pawan Kalyan) are born. Madhu's family is based in Konaseema in Andhra Pradesh and Siddhu's family is from Kolkota (he has a Telugu father and Bengali mother). As babies, Madhu and Siddhu meet in a shopping complex.