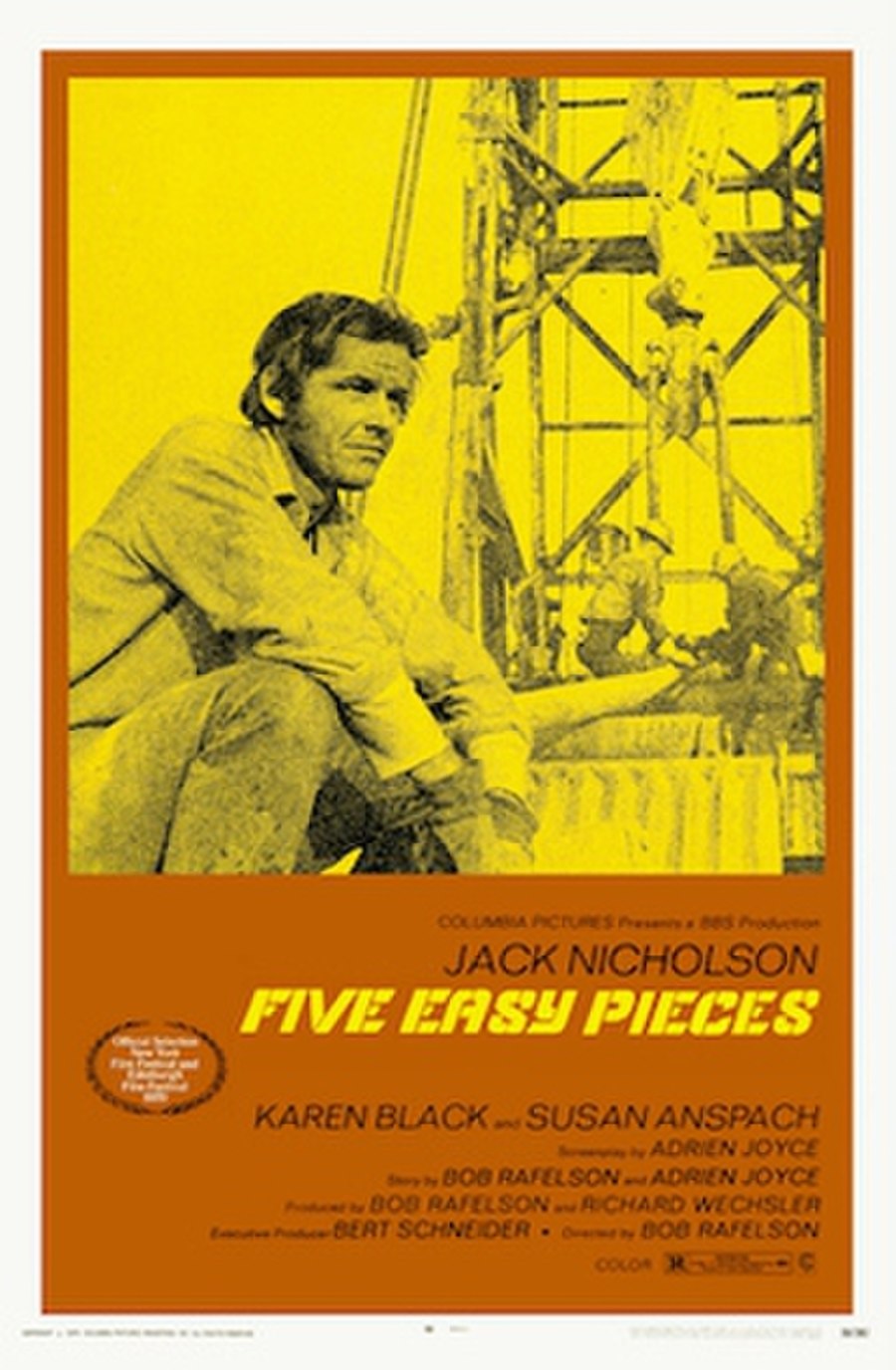 Five Easy Pieces is a 1970 American drama film directed by Bob Rafelson, written by Carole Eastman (as Adrien Joyce) and Rafelson, and starring Jack Nicholson, Karen Black, Susan Anspach, Lois Smith, and Ralph Waite. The film tells the story of surly oil rig worker Bobby Dupea, whose rootless blue-collar existence belies his privileged youth as a piano prodigy. When Bobby learns that his father is dying, he travels to his family home in Washington to visit him, taking along his uncouth girlfriend.

Bobby Dupea works in an oil field in Kern County, California. He spends most of his time with his girlfriend Rayette, a waitress who has dreams of singing country music, or with his friend, fellow oil worker Elton, with whom he bowls, gets drunk, and philanders. While Bobby acts the part of a blue-collar laborer, he is secretly a former classical pianist who comes from an upper-class family of musicians.