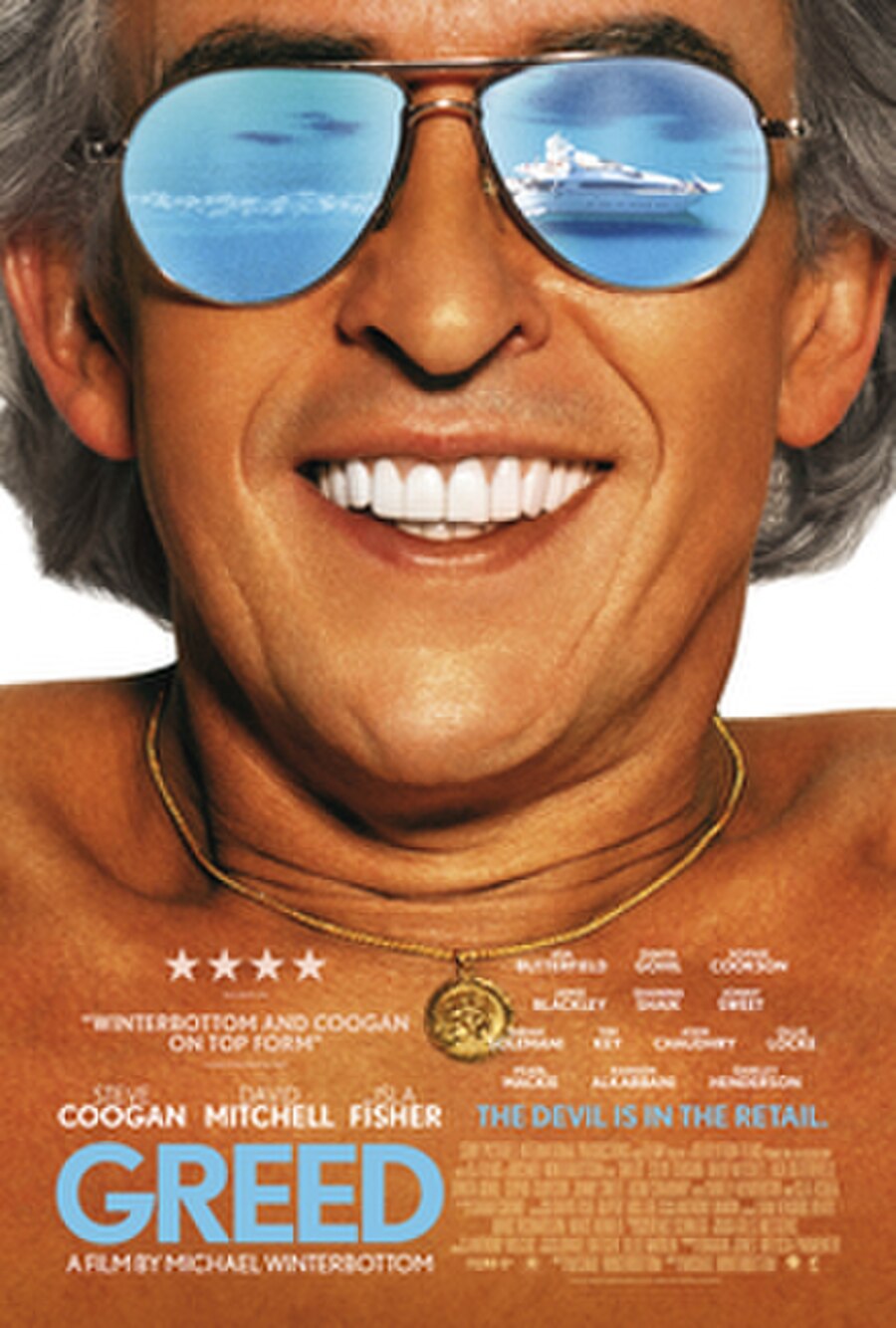 The film takes a non-linear approach to the life of Sir Richard "Greedy" McCreadie, a billionaire fashion mogul. After a recent damaging appearance at a government inquiry into financial and ethical abuse within the fashion industry, McCreadie has decided to publish his memoirs and has hired Nick, a socially awkward journalist, to ghostwrite it for him. Nick's research into McCreadie's background leads to flashbacks charting his rise from relatively humble (though still affluent and privileged) circumstances as an outcast and rebellious student at an unnamed British public school, to his rise in the 1970s and 1980s as a powerful high-street fashion merchant, to the government hearing. It becomes clear that, despite McCreadie's self-image as a hard-nosed and savvy businessman with multiple celebrity friends, much of his wealth is in fact based on ruthless exploitation and financial corruption, including a reliance on sweatshops in Southeast Asia for his fashion lines, tax avoidance, asset stripping and similar ethically questionable financial dealings.