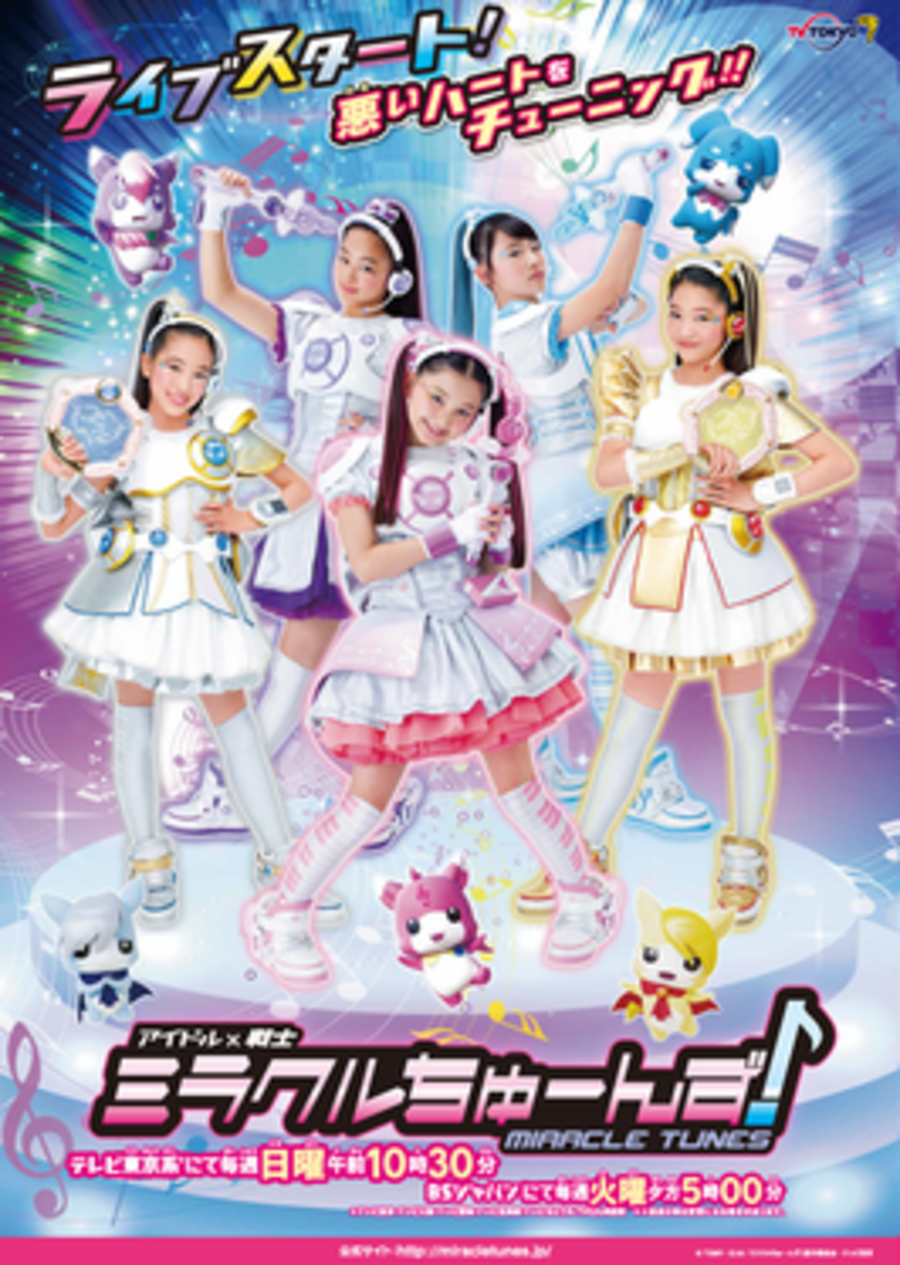 is a Japanese tokusatsu television series that aired from April 2, 2017 to March 25, 2018 on TV Tokyo. The show is the first installment of the Girls × Heroine Series conceived by Takara Tomy and OLM, Inc. with the assistance of Shogakukan and EXPG Studio, aimed towards a female demographic between ages 2 to 6. The series is directed by Takashi Miike, supported by a staff full of newcomer screenwriters and directors, and stars Asaka Uchida, Suzuka Adachi, Yuzuha Oda, Rina Usukura, and Mio Nishiyama. The plot is centered on Japanese idol girl group Miracle² (pronounced "miracle miracle"), elementary and middle school girls who transform into Idol Warriors to retrieve the Sound Jewels, artifacts from the Music Kingdom, to stop the Demon King from taking over the world.